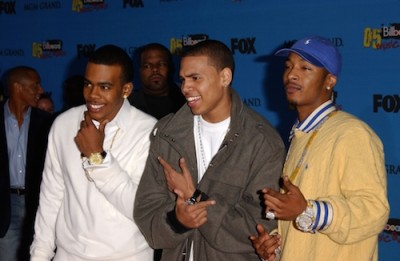 Recently R&B celebrity Chris Brown said that he heard from God. While some people have been mocking his confession, Brown is no different from any other human being. He’s a sinner. And sinners need Jesus.

One of the most honest statements mentioned in this story is a quote from Brown that we all can relate to:

“What’s on the surface always looks like one big party but inside there is a little boy looking for help and guidance.”

Anyone can put on a smiling face that portrays to the world they are happy, healthy, and have it all together. What Brown has done by confessing his need for help is admirable and it’s something that a lot of people who aren’t even in the spotlight cant’t to do. In the news today we hear about Christians who are persecuted for their faith, and for a celebrity to talk about needing God, that takes true courage.

Further, I don’t know of a single Christian who didn’t start out their new life without any hangups from their life prior to knowing God. It takes time for Christians to gain maturity and in many cases it takes years for people to rid their lives of bad habits and addictions. Brown goes on to mention the importance of accountability and he is right when he implies that he doesn’t need people to tell him how great a person he is. What he needs is the truth and not another pep talk.

Although the article doesn’t state that he is a Christian, today I pray that Brown has accepted the Lord as his personal Lord and Savior. I also sincerely hope that he seeks out to know the truth. Chris Brown is surrounded by people who will tell him anything just because he is a popular R&B star. But there is such a thing as too much of a good thing. Money and fame can be unhealthy to people as they begin to think that by their own doing they can create the truth that they want to believe.

As believers we know that Christianity is true not because it feels right to us but because God has called us out of the darkness and has revealed what truth is. The truth cannot be created by our own imagination or fleeting emotions. Hopefully Brown has truly heard the voice of the Lord so that he too may come to know the truth.

If you could speak any words of encouragement to Chris Brown what would it be?

Sarah loves Jesus and is unashamed to tell the world about His truth and bold love! Her purpose is to encourage others to seek the truth as they pursue who they are in Christ. She is also a Mom and feels blessed to call Colorado her home.
Previous Young Orphan Demonstrates the Key to a Prosperous Life
Next Exposure of Planned Parenthood: Spiritual Poverty/Material Wealth