Breaking News
Home / Entertainment / Is it Time for Spiritual “Housecleaning”? 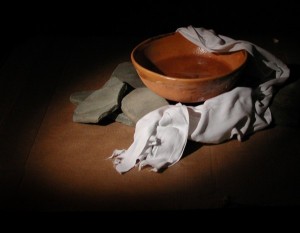 have you done your spiritual housecleaning?

Is it Time for Spiritual “Housecleaning”?

Spring is when many people give their homes a deep clean: corners are dusted, surfaces are scrubbed, and windows are opened to allow fresh breezes to air out rooms. Have you ever given your home a spiritual “housecleaning,” though?

One morning when I was unable to go to church with the rest of the family, I did my devotions at home. I was compelled afterward to go through the house from top to bottom and get rid of anything that did not glorify Jesus Christ.

Some of these possessions were obvious tosses: certain music, books and movies that I’d had for years but wouldn’t dream of looking at today, easily went into the trash bag. But other things were difficult. How would my preschoolers react to discovering many Disney films that they loved were gone? I had been uneasy for some time about the themes of sorcery and magic so prevalent in these “innocent” children’s movies. Hesitating, I finally dumped a handful of DVDs into the trash, many of them presents from other people.

Artifacts and gifts from travels were among the trash bin casualties: a dragon from China, a carved figure from Africa, and even a coat of arms I’d purchased during my first stay in Germany. Hex signs from a friend’s wedding in my own native Lancaster, Pennsylvania were also discarded. I knew objects can wield occult power, and many items from eastern and African nations are cursed before being sold. In essence, anything that I couldn’t look at squarely without uneasiness in my spirit didn’t make the cut, even though other people might have rationalized their harmlessness.

When Paul was ministering in Ephesus, Scripture says, “The name of the Lord Jesus was being magnified. Many also of those who had believed kept coming, confessing and disclosing their practices. And many of those who practiced magic brought their books together and began burning them in the sight of everyone; and they counted up the price of them and found it fifty thousand pieces of silver. So the word of the Lord was growing mightily and prevailing.”
(Acts 19:18-20, NASB)

When the fear of the Lord fell on pagan unbelievers, their reaction was to come forward, confess unrighteousness, and discard any and all occult material. Notice the cost of what they burned: it was worth fifty thousand pieces of silver!

Among the ungodly/occult belongings of today’s Christian might be:

We may be reluctant to part with certain possessions, especially if they have high monetary or sentimental value. But if the Holy Spirit is nudging us to get rid of something, whether from our physical or spiritual “tents,” the only acceptable option is prompt obedience. Jesus said that following Him came with a cost. I have discovered that the returns on our investment are too precious to miss.

It is also a good practice to go through your home and bless it, room by room, inviting the presence of God.

Have you asked God what things He may be asking you to discard, whether from your lifestyle or your surroundings?

Emily Tomko's radical encounter with the Lord while at a nightclub changed her life forever and inspired her first novel, College Bound: A Pursuit of Freedom. She is the author of seven books, including 31 Thoughts on Prophecy and Leaving the Shallows: igniting the faith that overcomes the world. Her tastes tend toward vintage and she's a Germanophile, having spent a year in Bremen and Nuremberg. Emily loves the scriptures and writes with fierce compassion and a deep desire to see people freed from the miry clay of this world and walking in the truth.
Previous Only 2 Kinds of People
Next The Four Blood Moons, Israel, and Current Events