Breaking News
Home / Entertainment / The Hero Who Saves The Day 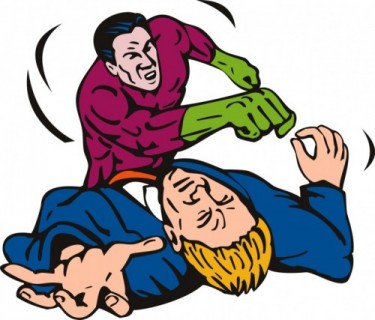 The Hero Who Saves The Day

The defender of the poor, bullied, and mistreated are often found on the big screen and in novels. They are always the ones who, by any means necessary, get results. You’ll find them on screens or in books, firing guns, exerting some martial arts move, swinging a knife or wielding a sword. They’re often fearless. Busting a bad guy’s face wide open, dislocating a jaw, or sending a tooth flying is always justified—as long as it’s the offender’s. Death by the hands of a hero isn’t frowned upon. Once we rationalize that the victim deserves it, then the star can always dish it out. These protagonists steal the hearts of the viewers and get them rooting for him/her, regardless of whatever sins he/she commits.

In The Equalizer, a 2014 movie starring Denzel Washington, the protagonist is a humble, friendly character who always seeks to help everyone. Kind of like a modern-day Robin Hood. He’ll take from the unscrupulous and give to the “needy.” He has a profound military background that he’s trying hard to keep in the past. Yet, out of the kindness of his heart, he decided to resort to his violent ways in order to rescue some and be judge and juror to others. He sentenced many to death. Other shows that follow in the same theme include old classics such as Xena: Warrior Princess, as well as modern releases like Sons of Anarchy.

What kind of message are these movies and books sending? The society in which we live, coupled with the media—print or otherwise—is parading sin around in the glamorous covering of justice and right-doing. Hard as they try, wrong is wrong, regardless of the reasons used to justify the actions. Whether it’s in the movies or not, sin is sin. If a person steals because he is hungry, the act is still stealing, and it’s still punishable by law. “People do not despise a thief if he steals to satisfy his appetite when he is hungry, but if he is caught, he will pay sevenfold; he will give all the goods of his house.” (Proverbs 6:30-31)

We’re not the law, and we’re not God. Therefore, it doesn’t matter how unworthy of life a person is, we cannot sanction their deaths. We can choose to act outside of God or the laws of the land, but we have to face the consequences. On the other hand, we have to be careful when doing good. Committing a sin in the name of helping is unacceptable. Inviting a poor family over for dinner to dine on food snatched from work, is like one step forward and two steps backwards! Defending the bullied by using anger, curse words, and violence, is being just as bad as the bully.

What do you think… If you do the wrong thing for the right reason, is it still a sin? Or are you then justified?

Amelia Brown is from the beautiful island of Jamaica. She is a 28 year old Guidance Counselor by profession, but a passionate writer at heart. Most of her articles written are aimed at stimulating positive change under the guidance of the Holy Spirit. She is also a published poet and a member of Faithwriters. Outside of writing, she enjoys volunteering, cooking, and turning frowns right side up. Amelia currently lives in New York.
@ameliambrown
Previous Stand Or Fall; Co-Founder Of Newsboys Denounces Christianity
Next Believers Who Believe In Ungodly Things.