Breaking News
Home / Faith / I Will Not Let Go! 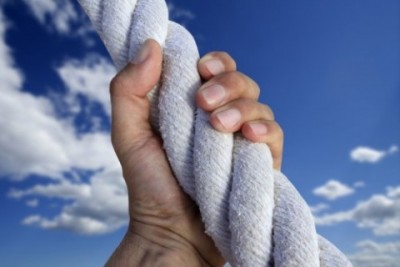 I Will Not Let Go!

It was dark. He was alone. Heavy was his heart, and fear of the unknown crippled his confidence. His mission was to go meet his brother whom he had wronged in the past. Though he had gifts to offer, he was uncertain of how his brother would react after seeing him again. But then he got a timely visitor who began wrestling with him. There were moments when it seemed like his opponent would be victorious, nevertheless, he pressed on; refusing to accept defeat. Then his opponent dislocated his hip. Even then, he continued fighting until dawn approached. When his challenger realized that he was not prevailing, he said “Let me go for the dawn is breaking.” Out of desperation the lonely fighter replied:

That man was Jacob, and his contender was God. Jacob was in need, and he was at a sorrowful place in his life. He had already prayed and asked God to deliver him from his brother Esau. Yet, his persistence led him to take hands-on action. Giving up was not an option. So when he got the chance to experience a personal encounter with God, he grabbed on like a leech.

Sometimes we find ourselves in Jacob’s position; alone, afraid, and desperate. We may perceive our situation as hopeless, which will only fuel impatience. That’s when we may conclude that God has given up on us, so we decide to no longer wait on him. Friends, I ask that you wait. “Wait on the Lord: be of good courage, and he shall strengthen thine heart: wait, I say, on the Lord.” Psalm 27:14

What would have happened if Jacob had become weary? Certainly his blessing would have been nonexistent. He was tired, and he was in pain. Those were reasons enough for him to throw up his arms in surrender. Even so, he persevered. The minute we discard hope, is the minute we walk out on our blessings. You might be waiting a week…months…even years! It will get discouraging at times, but never give up.

As dawn appeared, Jacob’s tenacity paid off. He got his blessing! We too will be blessed if we remain fervent in waiting. “But they that wait upon the LORD shall renew their strength; they shall mount up with wings as eagles; they shall run, and not be weary; and they shall walk, and not faint.” Isaiah 40:31 Be persistent in waiting when you respectfully demand your blessings.

Amelia Brown is from the beautiful island of Jamaica. She is a 28 year old Guidance Counselor by profession, but a passionate writer at heart. Most of her articles written are aimed at stimulating positive change under the guidance of the Holy Spirit. She is also a published poet and a member of Faithwriters. Outside of writing, she enjoys volunteering, cooking, and turning frowns right side up. Amelia currently lives in New York.
@ameliambrown
Previous Setting Boundaries-Part 1
Next Toby the Mac