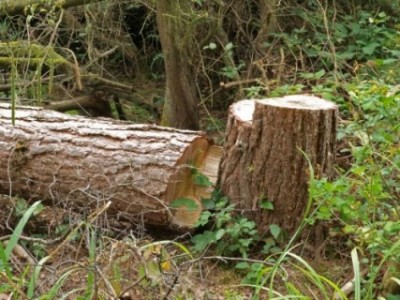 43 Years of Fame: 7 Years of Humility

Being an interpreter of dreams has to weigh heavy on a heart especially if you are 100% accurate in your expounding, and the news you are to reveal carries a message of conviction- as was the case with Daniel and King Nebuchadnezzar.

Captive as a young Jew, Daniel was one of the few chosen to become the model for the best of Babylon. With prim and proper training and a few hiccups along the way, Daniel persevered with integrity and utmost obedience to God eventually finding favor in the king’s Nebuchadnezzar’s eyes.

Nebuchadnezzar was known all throughout the land for his pompous actions building up the richest and wealthiest kingdom that had ever been known. At the time of his reign, he rebuilt Babylon “on a scale and with a magnificence never before envisaged.  The city covered some 500 acres and was protected by massive double fortifications….He created the terraced cloister known to the Greeks as the Hanging Gardens and reckoned among the Seven Wonders of the World”(encyclopedia.com). In other words, the man became famous and he was proud of every accomplishment.

However, Nebuchadnezzar had his share of problems, including vivid dreams that could only be interpreted by Daniel who had been given the “understanding in visions and dreams” (Daniel 1:17). One dream in particular began to stir wrongly in the king’s soul. “I saw a dream which made me afraid, and the thoughts on my bed and the visions of my head troubled me.” (Daniel 4:5).

Eventually calling upon Daniel for the interpretation, the mystery to the dream was expounded revealing a reckoning from God for Nebuchadnezzar’s arrogant choices and darkened heart. Daniel informed the king that it was he whom the tree in the dream represented. It was he whom would be felled by God in order to be built back up.

In attempts to dispel the prophecy, Daniel suggested for Nebuchadnezzar to “break off your sins by being righteous, and your iniquities by showing mercy to the poor. Perhaps there may be a lengthening of your prosperity.” The king retorted stating, “Is not this great Babylon, that I have built for a royal dwelling by my mighty power and for the honor of my majesty?“(Daniel 4:27, 30)

Nebuchadnezzar was holding himself in a high and mighty regard and taking claim for all that had been accomplished. God had been patient enough with the king’s prideful spirit causing his dream to become reality.

“That very hour the word was fulfilled concerning Nebuchadnezzar; he was driven from men and ate grass like oxen; his body was wet with the dew of heaven till his hair had grown like eagles’ feathers and his nails like birds’ claws. (Daniel 4:33)

For seven years he was driven outside of his kingdom to make his bed amongst the beasts and grass. During his trial, Nebuchadnezzar became a reformed man and he lifted his eyes to heaven with a new understanding blessing the Most High with praise and honor (Daniel 4:34).

There are times in our life where we, like king Nebuchadnezzar may become so engrossed in our own microscopic pride that it takes God’s drastic intervention to refocus the lens of our life.

How has God interceded in your life to pull you from your prideful demise? How have you been restored by the King?

is an author and editor for The Bottom Line Ministries as well as a member of Faith Writers. Currently she teaches high school language arts. She is a mom to four amazing blessings and enjoys every moment life has to offer. Renee has a fervor and drive to learn, she loves to read and spend time with her family, and is involved with her local church ministries. Humbled by God’s gift of words, she has a passion to write what the Holy Spirit has placed in her heart. She hopes to publish her in-progress book someday, but in the meantime, is honored to be placed as part of the TBL writing family and is holding on to the ride wherever God is leading. Renee and her family reside in their country home in Holland, Iowa.
Previous I Am Waiting For You To Pray
Next Someone Greater Than Solomon–and Your Smartphone–Is Here