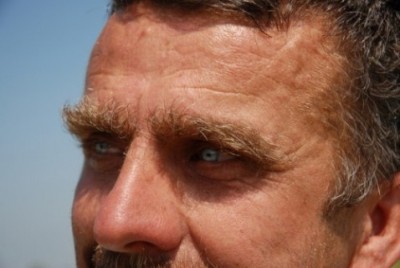 Upon entering Bethsaida, a blind man was brought up to Jesus to be healed. Taking the blind man by the hand, Jesus led him out of town. Then, when no one else was around or looking, He spit on the man’s eyes and placed His hands upon the man asking him if he saw anything. Looking up the man replied, “I see men like trees, walking.’ Unsatisfied with the response, Jesus again placed His hands upon the man and made him look up. The man’s sight was finally restored, completely. Then, Jesus sent him back to his house stating, ‘Neither go into the town, nor tell anyone in the town.’ (Mark 8:22-26).

After performing a miracle, why would Jesus wish for no one to know of the healing he did moments ago? Why does he ask the man to keep his secret? Imagine if this miracle took place today, it is almost entirely certain that the doctor who performed the operation would make headline news and become known throughout all of the medical industry and beyond.

However, that is not who Jesus is. Notice that he deliberately took the man out of town before he continued restoring his vision. Jesus wanted no part in being famous, but he wanted God to be known through the actions he was allowed to complete in His name.

The culture we live in today longs for us to be famous. Even now it is possible to “live stream” our life with our phones through Twitter, all by installing a simple app.

However, God calls us to live contrary to what the world demands.

“But you, when you pray, go into your room, and when you have shut your door, pray to your Father who is in the secret place;and your Father who sees in secret will reward you openly.” (Matthew 6:6)

God wants to do miracles in our lives, but his desire is not for us to become flamboyant in our manners but to be humbled and in awe of who He is.

When was the last time you went into your room, closed the door, and prayed in earnestly to the One who gave you life?

is an author and editor for The Bottom Line Ministries as well as a member of Faith Writers. Currently she teaches high school language arts. She is a mom to four amazing blessings and enjoys every moment life has to offer. Renee has a fervor and drive to learn, she loves to read and spend time with her family, and is involved with her local church ministries. Humbled by God’s gift of words, she has a passion to write what the Holy Spirit has placed in her heart. She hopes to publish her in-progress book someday, but in the meantime, is honored to be placed as part of the TBL writing family and is holding on to the ride wherever God is leading. Renee and her family reside in their country home in Holland, Iowa.
Previous Shopping & Bible Reading: Online or Hands-on? (Part 2)
Next ‘A.D. The Bible Continues’ to Premier April 5