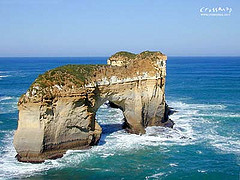 David, a man after God’s own heart, found pleasure in his tenth son Jedidiah. We know him better as Solomon who prayed for an understanding heart to judge the people of Israel (2 Sam 12:24-25). He asked God to give him special abilities of discernment between good and evil (I Kings 3:9). King Solomon authored the majority of Proverbs using wisdom as the main springboard. Interestingly, it appears to me that Solomon familiarized himself with his fathers’ writings. Especially and most important ”the fear of the Lord is the beginning of wisdom” (Psalm 110:11).

The eighth chapter of Proverbs offers a beautiful insight into the qualities of wisdom. It begins by declaring wisdom ‘calls out’ to all people, as if to say this wonderful gift seeks us (v 4). Staggering thought! Solomon also understood her to be more valuable than sterling silver, excellent rubies and the purest gold (v. 10-19). Next, he explained the mysteries and origin of wisdom “The Lord formed me (wisdom) from the beginning. I was appointed in ages past at the very first before the earth began. I was born before the oceans were created, before the mountains were formed. I was there when He established the heavens and when He marked off the earth’s foundation. I was the architect by His side and His constant delight”(verses 22-30).

In Luke’s gospel we remember the story of Jesus and His parents traveling to Jerusalem every year for Passover. One particular year, Jesus lingered in the temple because He hungered after righteousness and the zeal of His Father’s house consumed Him. Three days later, Mary and Joseph found their twelve-year old son. Sure enough, in the Synagogue among Jewish scholars, He expounded God’s written law. Earnestly, young Jesus yearned to be about His Father’s business and obeyed His earthly parents. They returned to Nazareth where He found favor with God and man, growing, increasing in wisdom (Luke 2:41-52). I’m guessing if Jesus grew in wisdom, it’s a good idea for us. Agree?

It’s true, we learn from Jesus that wisdom is more than knowledge. She must possess components of patience, understanding and love. God is amazingly patient and understands all things. He knows full well just how much we need His supernatural guidance in order to overcome the world’s trappings. Our cup-running-over-satisfying One waits and watches as we mature in faith. The book of James teaches that if anyone lacks wisdom (and we do) he may ask God—and God generously grants without making fun of us (James 1:5).