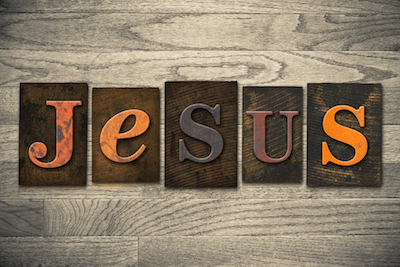 I recently wrote an article that outlined three keys for deliverance from demons. If we are going to minister effectively in the area of deliverance, we must have a keen awareness of the authority that we have over evil spirits. This authority is what we use when we command demons to leave a person.

It was this authority over demons that got the attention of the people of Israel at the beginning of the ministry of Jesus. Notice how the people responded after witnessing Him cast out a demon:

“Then they were all amazed, so that they questioned among themselves, saying, ‘What is this? What new doctrine is this? For with authority He commands even the unclean spirits, and they obey Him.’ “ (Mark 1:27)

Jesus went on to explain the authority of believers like this:

“And He said to them, ‘I saw Satan fall like lightning from heaven. Behold, I give you the authority to trample on serpents and scorpions, and over all the power of the enemy, and nothing shall by any means hurt you.’ “ (Luke 10:18-19)

Jesus is the One with all of the authority (see Matthew 28:18). But He delegates His authority to His followers. Since we are in Christ, we can use His name to expel demons and set captives free. I used to be afraid at the prospect of casting out a demon, but that is because I was not aware of the authority I have in the name of Jesus. As we have a revelation of His ultimate dominion over the devil, we can have peace as we confront the powers of darkness that are keeping others enslaved.

In Mark 16:17 Jesus said this: “And these signs will follow those who believe: In My name they will cast out demons.” Our authority over demons is rooted in the name of Jesus and in the Word of God. Simply put, we have authority over demons because God says we do. It’s not because we are special or powerful, but because of the victory of Jesus over the devil.

So, don’t be afraid of casting out demons. Ask for the Holy Spirit to give you discernment, learn some keys for deliverance, and step out in the authority of Jesus!

Jake Kail is a teacher, author, and speaker who is passionate for the kingdom of God. He was called into ministry during his college years, after a life-changing encounter with God. The focus of his ministry is on teaching and equipping believers, strengthening local churches, and seeing awakening and restoration come to the church. He also ministers often in the area of deliverance from evil spirits, seeing people set free from bondage, torment, and oppression. Jake is the author of three books: Restoring the Ministry of Jesus, Can a Christian Have a Demon?, and Abiding in the Vine. He speaks at churches, retreats, conferences, and other venues. Jake lives with his wife and family in Lancaster, PA where he serves on the pastoral team at Threshold Church. Check out Jake’s website and blog here: http://www.jakekail.com.
Previous Power of Words
Next The Importance of Seeking the Lord Before Dating