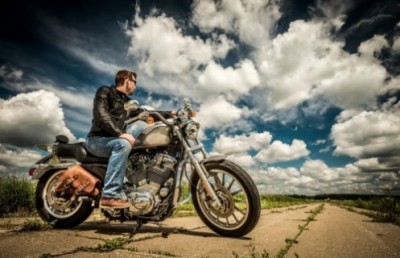 Bad Boy Saul and the Reimaging of His Reputation

How can he change? His life was determined from day one by being born into that household of Pharisee’s-the strictest sect of the Jewish religion. So many assumptions based upon a life cycle of tradition. How could he be any different? Yet God knew he would change, and even more so, he knew what would cut him to the heart.

Having witnessed the martyrdom of Stephen (Acts 7:54-50), Saul understood the dangers that Christians would bring to the Jews. They were too outspoken about Jesus, and Saul’s reputation, as the “persecutor of the Christians” became well known throughout the communities. He made sure to make a spectacle of the Christians and to teach them to keep their mouths shut! “He made havock of the church, entering into every house, and haling men and women committed them to prison.” (Acts 8:3) He had them put to death. He punished them in every synagogue and persecuted them even to foreign cities. (Acts 26:10-11) Until one day, God had had enough of his bad boy image.

Get a Clue Saul

While sojourning to Damascus in relentless pursuit of his latest target of Christians, Saul saw a light from heaven along the road “brighter than the sun, shining around” him and those who journeyed with him. “And when we all had fallen to the ground, I heard a voice speaking to me and saying in the Hebrew language, ‘Saul, Saul, why are you persecuting Me? (Acts 26: 13-15)

Talk about an eye opening wake up call or should I say perspective changing since after God had gotten his attention, he made Saul blind for three days and sent a gentlemen by the name of Ananias to speak the truth to Saul and to restore his sight. During his three days of blindness, Saul’s eyes were covered with scales like that of a fish, and he did not eat or drink until he had been filled with the Holy Spirit through Ananias. After being filled, the scales dropped off and “Immediately he preached the Christ in the synagogues, that He is the Son of God.”(Acts 9:20) Ironically, Saul had been given permission to blind those Christians he was pursuing only to be blinded himself by God.

God Alone Can Change a Man

For Saul, it took God’s divine intervention to change his bad boy image. Whatever passion and desire to seek, kill, and destroy Christians, God turned Saul’s life around and used it for good. Eventually, not only is Saul’s perspective changed, but so is his name from Saul to Paul. All around, the man whom nobody believed would change became a man seeking after God’s own heart.

Who do you believe can never change? Who are you praying for the Holy Spirit to divinely intercede for and change their life?

is an author and editor for The Bottom Line Ministries as well as a member of Faith Writers. Currently she teaches high school language arts. She is a mom to four amazing blessings and enjoys every moment life has to offer. Renee has a fervor and drive to learn, she loves to read and spend time with her family, and is involved with her local church ministries. Humbled by God’s gift of words, she has a passion to write what the Holy Spirit has placed in her heart. She hopes to publish her in-progress book someday, but in the meantime, is honored to be placed as part of the TBL writing family and is holding on to the ride wherever God is leading. Renee and her family reside in their country home in Holland, Iowa.
Previous Are You a Fan or a Follower?
Next Some “Good News” To Warm Your Heart