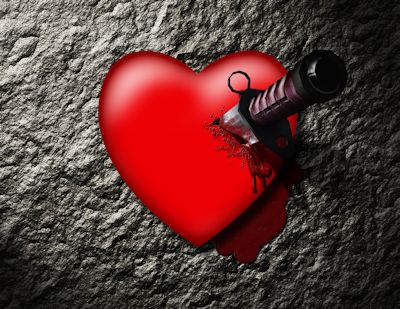 Have you ever heard that lie being whispered in your mind that you messed up and now you’re not a Christian anymore? If you have, don’t fret my friend because that’s Satan playing his favorite party game. You see, Satan wants to break you. He wants to make you give up on your faith by making you believe it has been diminished by your actions. So let’s explore this trickster’s tactics a little and look at how to combat it.

Take His Attacks As A Compliment

First let me say if Old Scratch is attacking you, then take it as a compliment. You see, Satan especially likes to target those who he knows are the greatest threat to him. This makes him efficient. Let’s give him credit. He’s an efficient fiend. However, he’s also a terrible, monstrous entity who will take you down if given the chance.

Not convinced yet? Well he certainly went after some notable men of faith to include Job, Peter, and Paul. He took out pretty much everything Job had, but it was multiplied in the end (Job 1:9-12, Job 42:12). He buffeted Peter, at the time God was giving Peter the revelation of who Jesus really was (Mark 8:33). He also sent a messenger which became Paul’s thorn in his side, but God ended up using it for His glory (2 Cor 12:7, 1 Thes 2:18).

Blasphemy of the Holy Spirit

Something I’ve noticed over time is that Satan’s favorite dart to throw seems to be to make people think they’ve committed blasphemy of the Holy Spirit. The unforgivable sin. Sure, it is possible to commit this sin, but more than likely you have not committed it if you are concerned about it, as it is a very intentional act of apostasy towards God’s kingdom (Mark 3:25, Mark 3:29).

Jesus said that the Shepherd will leave the ninety-nine sheep who are safe to pursue the one who is in trouble (Luke 15:4). This means us when we are in trouble. If He simply gave us up, then why would He pursue us or even suggest such a thing? Trust me, if you’re messing up with you faith, God is wanting to seek you out and reconcile. Just like the father of the prodigal son (Luke 15:24), God is ready to welcome us back into his arms after we squander what He has given us.

The best way to fight back is just as Jesus did in the wilderness. Quote the written word. Jesus fought Satan’s deadly darts with three, “It is written…” statements and this made the devil quickly scurry away (Matt 4:1-11). Remember, resist the devil and he will flee (James 4:7). Also, remind him that his time is short (Rev 12:12). He’ll get on getting on when you do this. He’ll have no reason to stick around.

Friends, in closing I would like to share with you what has been the core verse for The Bottom Line, Ministries:

John 8:32 Ye shall know the truth, and the truth shall set you free.

The truth does free us, even when we mess up. Don’t be afraid if the devil is accusing you. Accuse him back and remind him of his end. That’ll send him packing every time. Thank you for reading and God bless.

Has the devil been telling you lies lately? What are these lies? What are some scriptures you can combat them with?

Joel M. Bauer is a 45-year-old U.S. Army Veteran from Dunn, NC, which is just outside of Raleigh. After being honorably discharged from the U.S. Army, he attended school at Taylor University, a Christian liberal arts school, in Fort Wayne, IN, where he received his BS in social work and psychology. He has worked in such places as a homeless shelter, a community based treatment center for severe mental illnesses, a school for troubled students, and other social service agencies. His current endeavor is to build The Bottom Line website into a site that inspires both Christians and non-Christians alike, and brings glory to God.
Previous How To Make Your First Kiss Meaningful
Next God is Jealous For Me?