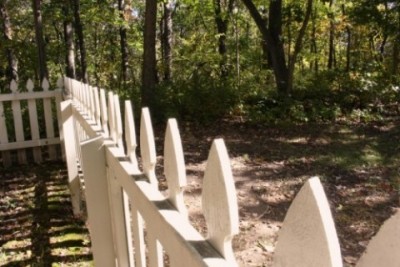 All nations were gathered. The crowd was enormous.  You could hear a pin drop amongst the anxious and silent flock.  The King sat on his throne in front of the crowd waving his hand dividing the people.  To His right stood those who were blessed as the heirs of the King.  To His left remained those deemed unworthy of the prize.

“Depart from Me, you cursed, into the everlasting fire prepared for the devil and his angles.”

Voices began to cry out and shout. “Why Lord?  What have we done wrong?  “

Pleadingly they replied, “But Your Majesty, when did we see You hungry or thirsty or a stranger or naked or sick or in prison or not minister to You?”

The day of the Lord is drawing near and there are still many who fill the seats of churches and attend only for the sake of adding, “goes to church” on their resume.  You know whom I mean.  They are the people who are kind and generous, and helpful to others, and are not offended when asked to talk about God and his possible existence, yet they are still unsure that He is real.

While at church, they may sing the words displayed upon the screen or set in the hymnal to not stand out, but they do not grasp the deeper truth.

When in conversation, they may feel safe if the content revolves around God, but the moment the discussion turns its focus onto Jesus, they squirm in their seats and wiggle their way out.

Instead of believing in something that is bigger than themselves, they chose to remain agnostic; debating in their minds whether the existence of God is possible or just a mythological being passed down in folklore history.  Why?

Because “the god of this age (Satan) has blinded the minds of unbelievers, so that they cannot see the light of the gospel that displays the glory of Christ, who is the image of God.” (2 Corinthians 4:4)

Why is it that you continue to doubt that God is real and Jesus is really who He says He is.  Do you have greater faith that your cell phone will work than the God of the universe who gave you life? Did you know that there is greater evidence to prove that God is real than to disprove that He is not? (Essentialbibleblog.com)

Father, I pray for those who are reading this article that their hearts and minds would be open to you and that the truth would be revealed for all to see how real you are.  May they no longer walk the fence or remain in the grey area, but instead choose You.  In Your precious and holy name.  Amen

is an author and editor for The Bottom Line Ministries as well as a member of Faith Writers. Currently she teaches high school language arts. She is a mom to four amazing blessings and enjoys every moment life has to offer. Renee has a fervor and drive to learn, she loves to read and spend time with her family, and is involved with her local church ministries. Humbled by God’s gift of words, she has a passion to write what the Holy Spirit has placed in her heart. She hopes to publish her in-progress book someday, but in the meantime, is honored to be placed as part of the TBL writing family and is holding on to the ride wherever God is leading. Renee and her family reside in their country home in Holland, Iowa.
Previous Finding Inspiration
Next Sorrowful, Yet Rejoicing