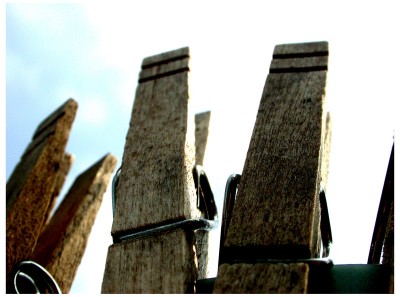 Most of the backyards in our neighborhood had clotheslines. Some were made of rope, suspended by “T” shaped pieces of wood on either side, while others were sturdy wire lines with steel posts at either end, held in the earth by cement. There was also the occasional umbrella-shaped line where the neighborhood kids could hide between rows of bedsheets and towels. But it was what clung to the wooden clothespins that held the interest of us kids the most, from every sort of unmentionable garment, to the sock with a hole worn by someone’s big toe, to the occasional stuffed animal that had seen too many dirty fingers and tears from sad little ones.

Nothing was hidden once placed on the clothesline to dry. Every neighbor could see what blew in the wind in those backyards on our street … Sin is like those items hung for all to see. Though we work to conceal “dirty laundry,” things we know are wrong; eventually they are put out in the open:

You have placed our wickedness before you, our secret sins [which we tried to conceal, You have placed] in the [revealing] light of Your presence. Psalm 90:8

In this Psalm, we are warned that continual sin done in secret will be revealed in the light of day—like laundry drying in the sun for all to see. But why does God allow secret choices to be revealed? How does God use “dirty laundry” for anyone’s benefit? When we consider temptation, one important reason is revealed. We see beforehand the damage, heartache, and trouble that sin brings with it. If we are wise, we will learn from the wrong choices of another and resist temptation to indulge in the same trouble.

Taking pleasure in the heartache of another, the consequences they face due to their hidden sin now revealed, is a sin in our own heart. But to allow God to use what is revealed to help keep us from the same error–this is wisdom. In today’s media-driven world, “dirty laundry” is aired almost daily. There is no shortage of secrets being brought into the light of day. We can choose to make judgments, gossip at the expense of the guilty, even laugh at their foolishness, or we can look deeper, and have compassion for those suffering from the wrong choices of others. What will you do with that “dirty laundry?”

God’s Word will come to pass … what is hidden comes to light eventually. Will you allow God to use what comes to light as a lesson in your own life? Will you stop and consider the effects of the choices you may be considering?

My husband Dan and I have three children and three grandchildren. We live in central Illinois. I am a graduate of The Institute of Children's Literature, a member of faithwriters.com, and a member of SCBWI. My writings have been published at chirstiandevotions.us, in DevotionMagazine, the PrairieWind Newsletter, and here at thebottomline.co.
Previous Everyone Needs A Life Helper
Next The Immorality of Pacifism Part 1 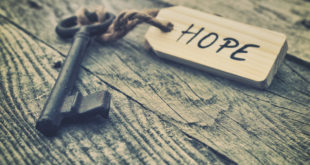 Most of us cannot remember a time when we have seen our daily lives halted ...