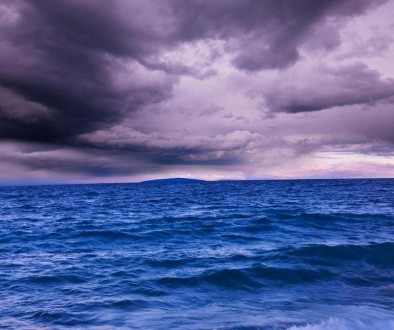 “I will shake all things” – Preparing for the Perfect Storm

In March, I had tidal wave dreams consecutive nights in a row. In both dreams, I was an onlooker at a beach when a massive wave swept over unsuspecting people on the shore. When I shared this with some Christian friends, I discovered that several people in our immediate circle had also dreamed of tsunamis hitting the coasts of America. Whether spiritual or literal or both, a storm is imminent.

“For thus says the LORD of hosts, ‘Once more in a little while, I am going to shake the heavens and the earth, the sea also and the dry land.”

Any discerning Christian can see that the shaking is already underway. We are seeing financial institutions, the world economy, and the earth itself being shaken. Governments are in upheaval. Even the church is undergoing a shaking, and persecution is separating the harlot church (Revelation 17, Matthew 13:33, 1 Kings 16:31, Acts 19:24-28) from the unblemished bride of Christ as we bring in the Great Harvest.

How can I prepare for what’s ahead?

Fast. Jesus said, “When you fast” (Matthew 6:16-18). It was assumed that every believer would have regular times of fasting, from food as well as other pleasures (see 1 Corinthians 7:5), to seek God. Fasting sensitizes our spirits and also sets things into motion in the heavenly realm that previously may not have budged.

Get out of debt. “Well, I’d love to get out of debt, but it’s not even an option.” I was at this place some years ago and the Lord encouraged me to start making proclamations over my finances. He also nudged me to take small steps of obedience, such as tithing on my gross income instead of the net, being scrupulous about taxes, and cutting back on dining out and other entertainment. As I took small steps toward His instruction, He took leaps and bounds toward me. Even though I was giving more, both to the church and to the government, He somehow multiplied my finances and at the same time helped me eliminate all unsubstantiated debt, such as student loans and credit cards. He has since encouraged me to be free of my mortgage, and while that is impossible in the natural, I’ve no doubt that the steps He’s given me to carry out will lead to a supernatural solution.

Spend more time in the word. “I wish My people knew how close they need to stay to Me in order not to be deceived.” An elder in my church gave this word with tears in his eyes following a time of prayer recently. The need to saturate myself in the written word of God has been pressing on me, and I’ve been spending time praying The Word at night before bed.

Prayerfully consider stocking up on necessities. Three of the people with whom I shared my tsunami dreams, and who also had such dreams, told me that God showed them they were to purchase extra food. This wasn’t only to be for themselves, they believed, but enough to help needy people. Two of my friends are even remodeling their homes in order to house people.

Offer thanksgiving continually. Thanking God continually for everything He’s given us is the antidote to fear and gloom. Recently, I was getting anxious in the face of all the horrific news swirling around and wondering if a peaceful future was even possible for my family. And I thought that even if my faith cost me imprisonment or my very life, how richly and wonderfully I’ve been blessed beyond the wildest dreams of most people. Listing everything the Lord has done, contrasting it too with those who’ve never known Him or even had the opportunity to hear the Gospel, quickly rights my perspective.

Finally, check out Haggai 2:5, the verse before the Lord’s declaration that He will shake all things. He says this: “My Spirit is abiding in your midst; do not fear!'”

What do you hear the Lord saying in these turbulent times?

Emily Tomko's radical encounter with the Lord while at a nightclub changed her life forever and inspired her first novel, College Bound: A Pursuit of Freedom. She is the author of seven books, including 31 Thoughts on Prophecy and Leaving the Shallows: igniting the faith that overcomes the world. Her tastes tend toward vintage and she's a Germanophile, having spent a year in Bremen and Nuremberg. Emily loves the scriptures and writes with fierce compassion and a deep desire to see people freed from the miry clay of this world and walking in the truth.
Previous The Deadly Danger of Living in Deception
Next Complete Transformation: I Am Loved