Breaking News
Home / Faith / If Demons Also Believe Why Are They Not Saved? 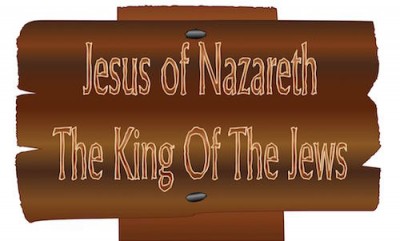 If Demons Also Believe Why Are They Not Saved?

James 2:19  “You believe that God is one; you do well. Even the demons believe—and shudder!”

Luke 4:41 “And demons also came out of many, crying, “You are the Son of God!” But he rebuked them and would not allow them to speak, because they knew that he was the Christ.”

To believe that God exists and to have faith in Him are two different things. Acknowledging that God exists is just admitting the obvious. “Water is wet, grass is green, God exists.” But to have faith in Him is altogether something else. It is not just admitting that He exists, it is trusting that what He says about Himself is true and acting according to that trust. To walk in faith is to walk in a trusting relationship with God, knowing that He is in control and that in the end everything will turn out for the best.

Jeremiah 29:11  “For I know the plans I have for you, declares the Lord, plans for welfare and not for evil, to give you a future and a hope.”

Revelation 21:4 “He will wipe away every tear from their eyes, and death shall be no more, neither shall there be mourning, nor crying, nor pain anymore, for the former things have passed away.”

We are not saved by acknowledging Jesus died for our sins; we are saved by trusting that He died for them and acting on that trust. When we do that, our trust is rewarded with results. How many of us have confessed our sins to God and been forgiven? That is the reward of trusting that the Good News is true and if that is true, then all of it must also be true.

James 2:20-26 “Do you want to be shown, you foolish person, that faith apart from works is useless?  Was not Abraham our father justified by works when he offered up his son Isaac on the altar?  You see that faith was active along with his works, and faith was completed by his works;  and the Scripture was fulfilled that says, ‘Abraham believed God, and it was counted to him as righteousness’—and he was called a friend of God.  You see that a person is justified by works and not by faith alone. And in the same way was not also Rahab the prostitute justified by works when she received the messengers and sent them out by another way?  For as the body apart from the spirit is dead, so also faith apart from works is dead.”

Our faith is alive when we act on it, when we do not act on it, then it is dead, it is like the faith of demons, it is nothing more than simple acknowledgment. For faith to be alive we must be open to the workings of the Holy Spirit and let it change us and conform us to Jesus more and more. We must allow for the fruit of the Spirit to grow and to do that we must trust God and walk according to His ways.

Is your faith active and alive or is it dead? What needs to change?

Jonathan Kotyk is a student, self taught philosopher, recovering addict and born again Christian. He has spent time on both the far Left and Far Right side of the political spectrum and lives in Canada.
Previous America Is At A Crossroads
Next Sitting At the Feet of Christ