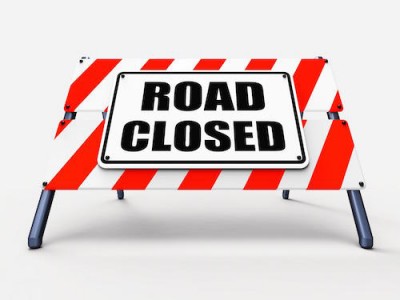 Two roads diverged … and I chose the one that ended!

Last week, I was driving to Nashville, Tennessee, and I was abruptly forced to change my route. Right in front of me stood a flashing sign that read: “Lane ends merge right.”  Now, I was pretty certain of my path. I knew exactly where I was going. I had no idea this roadblock was in front of me, but I was forced to make a decision. I could no longer continue on the path which I had set out before me, the one I had decided on, the one I was prepared to follow.

I began thinking about how this parallels with our Christian life. We think we have it all figured out.  We have our little maps, we programmed our GPS, and we know exactly what we’re going to do.  It never occurs to us that something or SOMEONE could change our course, but then it happens.  A father’s illness, a nasty divorce, a bad decision, or a financial crisis alters the path where we were traveling.

What do you do when you no longer know what to do?

As I was driving down the road it occurred to me that all of this was out of my hands. While MY plan had been thwarted, there was still somebody who was in charge. The “merge right sign,” the entire plan which was out of my view, was on somebody else’s radar. It had to be.  It was their job to keep that traffic moving and ultimately get me where I needed to go.

I had to trust the person telling me to “merge right”.  It was scary because I didn’t know where I was going. I didn’t like the feeling of relinquishing my control.  The only option given was to trust the sign placer and follow the new course that had been put in front of me.  I had to realize, sometimes you just have to trust that there is somebody who knows what’s going on and you will get where you need to go.

What do you do when the life path you were on suddenly changes? Do you try to forge a new path on your own, or do you trust that God will show you what to do?

Previous Our Hope: Jesus Prays
Next Control: Who Do You Want to Have It?