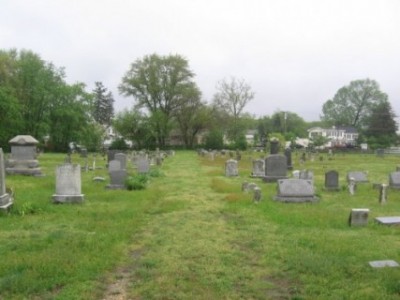 Lessons From A Funeral

I attended the funeral of a close friend’s brother yesterday.  I have never met her brother, but what I learned of him impacted me in a way I had not expected.  Words spoken took my breath.  And lessons learned walked out the door with me.

I will call him Sam.  People loved him.  I knew this from how my friend spoke of him over the years.  He ‘did’ for anybody who needed him to ‘do’.  He knew not a stranger, and those he knew well he loved well.  He was a man who knew how to do just about anything.  If someone could not fix an item they needed or cherished, he would take it on, promising that he would figure it out.  And generally that was just what he did.

He loved children, family, friends, and had a special passion for animals.  He had his failings, but his love of others always seemed to diminish their importance, and they were overlooked.  He was a joy to be around, and he loved his mother.  He lived with her, and cared for her.  As she grew older, the rest of the family was relieved that he chose to stay, to be there, just in case she needed him.

The pastor told stories and little anecdotes about Sam.  He would chuckle as a memory hit him, and then he shared it.  I am pretty sure he strayed from his notes several times as a new thought came to him.  One statement he made in particular is still with me.  He said that Sam was known to never say anything bad about anybody.  Not an unkind word, not a word spoken in anger, not an argument.  He believed in never bad mouthing anyone, for any reason.  He believed in respect.

Near the end of the pastor’s comments, he addressed the matter of Sam’s salvation, or possible lack of it.  He did not know for sure.  The family, including my friend, did not know.  It was hard to believe, for me, that anyone could be around this family who loves God so much, and live their lives based on that love, would not also know God.  Sam was constantly surrounded by God’s people, and God’s Word.  He knew the Bible simply by being around his family.  When asked why he did not surrender his life to Jesus, he would say he would some day, he just wasn’t ready.

Now that the curtain had come down, quite unexpectedly, the family wondered about Sam’s salvation.  The pastor knew they needed comfort, and a hope.  The pastor looked at Sam’s mother and his family, and said he was offering these words as comfort.  He offered scripture regarding prayer.  He pointed out that Sam’s mother was a praying mother.  She prayed for him constantly, especially for his salvation.  He gave examples of people who came to salvation because of prayer, often after the person who prayed had gone to glory.  He offered the fact that though Sam did not talk about it, he was living a life such as a Christian would live, generous and kind to a fault.  They must hold on to the hope that nothing is impossible with God.

I don’t know.  I didn’t know Sam.  But I do know this…no one knows another’s heart.  Only God does.  And with Him, all things are possible.  That is one lesson I will hold onto forever.

‘I trust in Your unfailing love; my heart rejoices in Your salvation.’ Psalm 13:5 (NIV)

Lili lives in central North Carolina. She writes devotionals and Christian articles and has been published in e-magazines, newsletters, and articles. She is a member of Faithwriters.com. She and her husband Chuck love to travel, and are animal lovers as well. They are active in their local church. Lili credits God for any inspiration that allows her to write. It's all about Him!
@@ohiolili
Previous Faith and the Family – The Wandering Eye
Next Jars of Clay