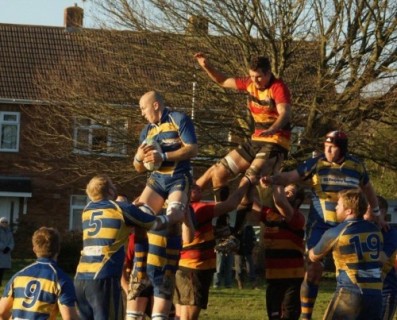 Picked for the Losing Team

If there was ever a kickball team with Jesus as the leader, can you imagine the dejected looks on the faces of the Pharisees?  Here they were highly esteemed religious men. They were the “cool kids” people looked up to.  They did everything right when it came to theory and to outward appearances.  They prayed the hardest and loudest.  They went to the synagogue every Sabbath.  They were circumcised on the exact number of days.  They followed every law and commandment to the T., yet they were rejected by the Savior of the world.

Just imagine what their faces would have looked like as Jesus called forth, James and John, stinky fishermen, Matthew a tax collector, Simon-Peter and Andrew more fishermen. (What fetish does this guy have with fish?) Jaws must have dropped.  Mumbled thoughts would have stirred and burbled over the edge.

“What is he thinking?  Does he not realize that this man’s tax collections are not even worthy to tithe?”

“How could he?  My father has been the generational priest with a lineage reaching  back to Moses.”

“Who does this jerk think he is?  He can never get away with rejecting us.  Anybody knows that.”

And the thoughts would have continued.

So, why did Jesus not pick the best of the best? The cream of the crop? The top notch men?  Was he crazy digging through the bottom of the barrel?  Absolutely not! He knew exactly whom he wanted on his team. Those who have the least to lose have the greatest to gain. They know what it is like to serve with a humble heart.  That is how God sees people, through heart colored glasses, not ones that are already opaque and full of ego, but those that are willing to change and humble themselves before him.

How about you?  Do you find yourself fitting in more with the Pharisees and their religious ways or are you like the men on God’s team, ready to give it all to gain prizes for the kingdom?  God wants to take you right where you are, no matter what you look like or the condition of your heart, and He wants you to be on His team.  Are you willing to say Yes?  Will you take ’20 seconds of insane courage?’ and join the winning team or will you be like the Pharisees-all theory and no application?

“Not everyone who says to me, ‘Lord, Lord,’ will enter the kingdom of heaven, but only the one who does the will of my Father who is in heaven. Many will say to me on that day, ‘Lord, Lord, did we not prophesy in your name and in your name drive out demons and in your name perform many miracles? Then I will tell them plainly, ‘I never knew you. Away from me, you evildoers!’ (Matthew 7:21-23)

is an author and editor for The Bottom Line Ministries as well as a member of Faith Writers. Currently she teaches high school language arts. She is a mom to four amazing blessings and enjoys every moment life has to offer. Renee has a fervor and drive to learn, she loves to read and spend time with her family, and is involved with her local church ministries. Humbled by God’s gift of words, she has a passion to write what the Holy Spirit has placed in her heart. She hopes to publish her in-progress book someday, but in the meantime, is honored to be placed as part of the TBL writing family and is holding on to the ride wherever God is leading. Renee and her family reside in their country home in Holland, Iowa.
Previous Back to School
Next Are You Healthy Today?