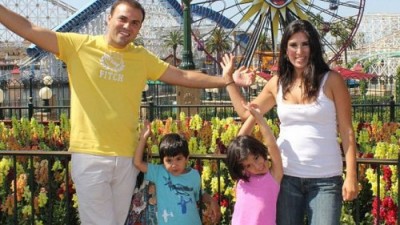 President Obama has made a promise. Yesterday he visited Boise State University to speak about education but he also sat down to meet with Naghmeh Abedini, the wife of Idaho Pastor Saeed Abedini. This meeting happened after a heartfelt letter she sent to Obama as well as other social media posts that were shared in hopes (and prayer) that the President would see them and meet with her.

As it has been previously reported, Saeed has been sitting in an Iranian prison since September of 2012 simply for being a Christian. And he is currently serving an 8 year sentence for his faith in Jesus Christ. He has suffered numerous beatings which has left him in very poor health.

The President has promised to make Saeed’s release a top priority and has even told Saeed’s son, Jacob, that he will try to get him released by his birthday on March 17. This visit was a miracle and took place during a 21 day fast and prayer, specifically for Saeed’s release, that many people across the world have been taking part of.

But what does the bible say about christian persecution?

As Christians it is imperative to look into what scripture says. Paul is the greatest example in this instance as he too suffered greatly for the Lord. He spoke about a “thorn” in his flesh and even though we don’t know exactly what this thorn was we know it was one thing that always tormented him. He also refers to this thorn as a messenger of Satan.

“…there was given me a thorn in my flesh, a messenger of Satan, to torment me. Three times I pleaded with the Lord to take it away from me. But he said to me, My grace is sufficient for you, for my power is made perfect in weakness.”
2 Corinthians 12:7-9

It is easy to look at the situation at hand and assume that God isn’t doing anything or not moving fast enough. Some people may pray like Habakuk and ask, “Where are you Lord”?

We find the answer to our pain in what God told Paul, “My grace is sufficient for you”. So we know God’s will here is that He is in control and in the meantime we must trust him and pray for our brothers and sisters in Christ. We must also follow Paul’s words in 1 Thessalonians:

“Therefore encourage one another and build each other up, just as in fact you are doing.”
1 Thessalonians 5:11

Sarah loves Jesus and is unashamed to tell the world about His truth and bold love! Her purpose is to encourage others to seek the truth as they pursue who they are in Christ. She is also a Mom and feels blessed to call Colorado her home.
Previous Grasping God’s Hand
Next What to do After Deliverance from Demons