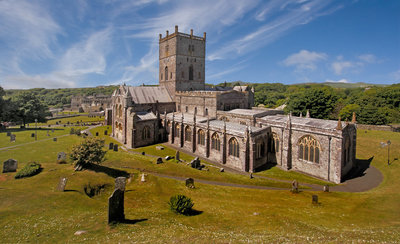 Put Your House In Order

‘In those days Hezekiah became ill and was at the point of death.  The prophet Isaiah son of Amoz went to him and said, “This is what the LORD says: Put your house in order, because you are going to die; you will not recover.” ‘  2 Kings 20:1 (NIV)

The prophet delivered a death sentence.  Can you even imagine what that might feel like?  Have you ever been given a statement such as that?  It is not as uncommon as one may think.

Many years ago, I lived in another state, in a rather large city.  A woman I worked with (I’ll call her Ruth) was engaged to be married in two weeks time.  Her beau was a strikingly handsome man, with jet black hair and bright blue eyes.  He resembled Elvis in may ways.  He was always fun to be around, and he made Ruth extremely happy.

One day while he was working, he fell to the floor with sudden, excruciating pain.  His partner called 911, and they took him to the local hospital.  The pain did not go away, no matter what medications they administered.  They did a complete workup, and in the morning, they met with him and Ruth.

‘Put your house in order, go see an attorney and finalize your arrangements.  You have perhaps two months to live.’

‘You are going to die.’  They were stunned.  He had not had any signs or symptoms, was feeling at the top of his game.  This was a shock.  The doctors were able to stabilize him finally, and he began to feel better, and the pain was under control, so he was released to ‘take care of business’.

He did die, and she did grieve. They did not marry, though they spent nearly every moment together.  He never had a second opinion, never sought treatment.  He lived 1 1/2 years more, most of it in fairly good health.  But he had accepted the death sentence, and that was that.  Sad but true.

King Hezekiah, too, received a death sentence, from the very God he served faithfully.  But he did not give in.  He was highly grieved, and he told God this as he prayed, with his face against the wall.  He reminded God how he had walked with him with total devotion, and had done what was good in God’s eyes.  And he wept bitterly.

The LORD his God heard and saw.  He instructed Isaiah to return to Hezekiah, and tell him that God had heard his prayer, and had seen his tears.  He granted 15 more years of life to Hezekiah.  He also stated He would deliver him and the city from the king of Assyria, for His own sake, and for the sake of His servant, King David.

When we are told to ‘put your house in order’, it is not always because we are going to die.  It may be that it is God’s way of telling us that He has great plans for us, and that for Him to accomplish them through us, we must have our priorities in the proper order, with Him at the very top of the list.  Keeping our ‘house’  in good order also frees us up to serve without worries, to give when the need arises, and to be the blessing that God has created us to be, to others, and to Him.

Lili lives in central North Carolina. She writes devotionals and Christian articles and has been published in e-magazines, newsletters, and articles. She is a member of Faithwriters.com. She and her husband Chuck love to travel, and are animal lovers as well. They are active in their local church. Lili credits God for any inspiration that allows her to write. It's all about Him!
@@ohiolili
Previous (Pastoral) Confession and Absolution: What is the Controversy?
Next The Abyss Of A Mother’s Purse