Breaking News
Home / Faith / (Pastoral) Confession and Absolution: What is the Controversy? 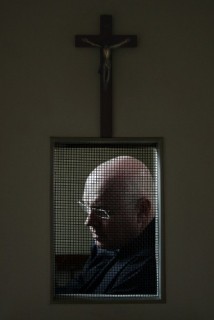 (Pastoral) Confession and Absolution: What is the Controversy?

Many Christians privately go to their pastors to receive spiritual and moral guidance on a number of topics, but not all directly attend a formal “confession”, which is a personal confession of one or more sins to a pastor.  A key component of the formal confession is the absolution of sin which is administered by the pastor.

Absolution is an integral part of the Sacrament of Penance.  Penance, or reconciliation, is an important component of Faith in the following church groups/ denominations: Roman Catholicism, Eastern Orthodoxy, Anglicanism, and some Lutherans.  Most “Reformed” denominations do not promote this act for a variety of reasons.  These churches are typically:  Baptists, Presbyterian, Congregational, Methodist, as well as most non-denominational groups.

Absolution of sins most importantly forgives “mortal” sins, but it also allows the valid reception of the sacraments (especially the Eucharist/ Communion at Mass), the dutiful exercise of ecclesiastical offices by laity or clerics, and in more general terms the complete participation in the life of the Church.  Absolution is declared by the Pastor after the sinner/ confessor openly reveals his sins and his desire to turn from such sin.  A typical (Catholic) absolution is as follows:

“God, the Father of mercies, through the death and resurrection of his Son has reconciled the world to himself and sent the Holy Spirit among us for the forgiveness of sins; through the ministry of the Church may God give you pardon and peace, and I absolve you from your sins in the name of the Father, and of the Son, + and of the Holy Spirit.”

For the churches that do not agree with this practice, the main sticking point seems to be that one does not need a pastor or priest in order to confess their sins to God.  That is certainly the case, and I don’t believe that Catholics or the Orthodox or Anglicans would refute that.  People do, and should directly confess their sins to God- anytime they feel.  However, whether you have confessed a sin to a pastor or even to a church elder, a parent, or a best friend, it is a different “feeling” for the confessor.  It is certainly more difficult (and embarrassing sometimes) to confess sins face to face with another person than praying up to Heaven by yourself, under your breath.  The mere fact of that human condition makes the confessor feel that they have surely gotten the sin “off their chest”, which can do wonders for the person’s attitude, feelings, and psyche.

The other main concern of those who disagree with the Sacrament of Reconciliation may be that a pastor should not be able to absolve you of your sins.  That should be left to Jesus and the Father solely.  However, the Gospel makes it quite clear that Jesus’ apostles/ disciples are charged with doing just that.  (John 20:23) “Whose soever sins ye remit, they are remitted unto them; and whose soever sins ye retain, they are retained,”.

The act of pastoral confession also allows the confessor a specific time and reason to receive valuable moral advice (and admonition if needed) by a pastor- a man (or woman) of God. This can help the confessor greatly, and this does not happen during the more common private confessions up towards Heaven.

To be clear, “confession” in the more Catholic/ Orthodox manner is not a replacement for praying, confessing to God, reading the Bible, general confession with the entire congregation, or the like. But it is a meaningful part of the lives and faith walk of many Christians worldwide.

Ken Lambert, D.Min, lives with his wife and twin boys in southern New Hampshire, and has written for a variety of religious and secular publications. He is co-author of Top Ten Most Influential Christians- since the Apostles, and is an adjunct instructor for Agape Seminary (Church History, Wisdom Books).
Previous Dog Show Will Find Homes For Needy Canines
Next Put Your House In Order