Breaking News
Home / Faith / Sexual Gratification: How Far is Too Far According to the Bible? 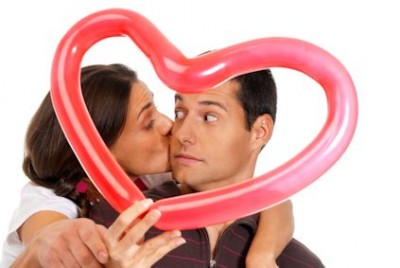 Sexual Gratification: How Far is Too Far According to the Bible?

As Christians, we try to follow the teachings of the Bible. Yet, when the Bible doesn’t explicitly discuss a topic in detail, we often struggle with the “Gray-areas.” Sexual gratification here is referring to intimacy occurring between the sexes—without actual sex. The Bible says we shouldn’t have sex before marriage, this is “Fornication” and it’s a sin. Very straight forward; an open and shut case right? Wrong. There’s so much a couple can do to pleasure themselves, without having sex. Which influences the question, “How far is too far?”

I’m not arguing that sex outside of marriage is a sin. I’m genuinely trying to discover what’s acceptable outside of this fact, and where in the Bible it can be found.

Frankly speaking, we all have a just natural desire for sex; it’s built into us. A Christian’s sex drive does not get deactivated when they decide to wait until marriage before having sex. The desire for sexual pleasure is still present. Would you consider this desire a sin or a natural part of human nature?

During serious courtship—and I’m not referring to frivolous dating—where a close bond has formed and months have been invested, there’s no doubt physical attraction and deep sexual desires are present. Are you saying, at that point the only things acceptable are pecks on the cheek and holding hands? If the couple can practice self-control, is deep kissing or heavy petting allowed? And who determines what constitutes both?

I know God gave us sex drive to use appropriately. I’m also fully aware that we’re not allowed to make up our rules and rationalize selfish gratifications. And yes, while He gave us sexual desires, we still have to act upon those desires with His guidelines. But again, outside of the command not to have sex, what are those guidelines?

Probably the reality is, “true Christian love is sacrificial” and nothing is acceptable until marriage.

Please feel free to jump in and answer any of the underlined questions. I honestly want answers. Also, if there’s anyone who has courted for over a year and only engaged in light kissing and holding hands, I really want to hear from you!

Amelia Brown is from the beautiful island of Jamaica. She is a 28 year old Guidance Counselor by profession, but a passionate writer at heart. Most of her articles written are aimed at stimulating positive change under the guidance of the Holy Spirit. She is also a published poet and a member of Faithwriters. Outside of writing, she enjoys volunteering, cooking, and turning frowns right side up. Amelia currently lives in New York.
@ameliambrown
Previous Open Doors to Evil Spirits
Next What Are The Latest Trends In Beauty?