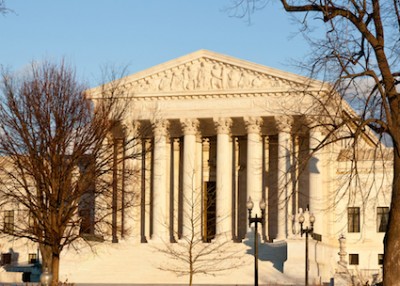 “But ye are a chosen generation, a royal priesthood, an holy nation, a peculiar people; that ye should shew forth the praises of him who hath called you out of darkness into his marvelous light;”  (I Peter 2:9).

For 2000 years, most people have defined marriage as a union between one man and one woman.  In most instances, families living out this God-ordained plan, thrive and children grow up with a secure sense of “self”.

Now, as I am sure you have heard, this foundational truth concerning marriage is being challenged.  Those choosing to “redefine” marriage as involving two people of the same sex, are pushing their agenda harder than ever.  They may be thinking if they can change the laws to suit their lifestyle, that will make it right and good.  God calls this type of union sin, unnatural and ungodly.

Those who choose a same-sex “marriage” choose to walk in the darkness of sin–according to God’s definition.  He loves the sinner and has made a way for all sinners to be redeemed.  God does not hate homosexuals as some erroneously believe to be truth; to Him, sin is sin.

As the Supreme Court prepares to vote on this volatile issue in June, 2015, the implications of a “yes” vote for same-sex marriage could rock our freedom of religion to its core.  On March 10, 2015, a group of over 30 deeply concerned church leaders discussed the implications of a “yes” vote.  It doesn’t present a pretty picture.  Christians walking according to God’s instructions will be forced to choose between our scriptural convictions of right and wrong and the new statutes declaring those convictions as being against the “law of the land”.

As he spoke of Christians being at odds with the culture and the courts, Rick Scarborough, president of Vision America, stated, “I believe we are there. We are approaching a ‘Bonhoeffer moment’ in America.”  (Bonhoeffer chose civil disobedience to support his belief in the value of the Jewish people and was hanged for it.)  Scarborough urges Christians to take a stand, to step up and be that group of peculiar people that choose God’s ways and plans over the destructive laws created by the whims of man’s sinful desires.  It will take courage.

Throughout the Bible, God has required His people to step up and be courageous. God assures us from Genesis through Revelation that He will be with us.  When He sends us out on a mission, He prepares us according to our assignment as He prepared His disciples for their assignments.  (Luke 9:1-2)  He called them to their mission, gave them the power to accomplish that mission, and sent them on their way.  He accompanied them by His Holy Spirit.  He will accompany us, too, as we endeavor to stand firm in the truth He has set forth.  Peculiar people don’t blend in with their surroundings, they stand out; they are noticeable.

My friend, the battle moves ever closer to home.  By July, 2015, our 50 states may be forced to accept the ungodly laws the Supreme Court establishes which will not work in harmony with our religious freedoms.  God warned us about this coming surge of godlessness.  We must pray; it will make a difference.
(2 Chronicles 7:14)   (See more at MorningStar Prophetic Bulletin #92 by Rick Joyner.)

As a Christian, how can you stand up and stand out for God’s ways?–ways that may very well be deemed illegal by the laws of our beloved U.S.A.?   Are you ready for the challenge?

I just love walking outdoors - day or night. I identify most with the creative side of God and am energized by His artistry all around this world. He amazes me every time I turn around! Yeah, God and thank you, Jesus.
Previous How Much Is God Blessing America?
Next 3 Ways to Save Money and Practice Stewardship