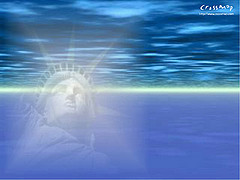 “And you shall know the truth, and the truth shall make you free”(John 8:32).

The Emancipation Proclamation, ready to be signed, needed the president’s signature. However, Abraham Lincoln wasn’t ready. He had spent the entire morning shaking hands with bystanders. Later, Lincoln noticed his writing hand became red and swollen. Therefore, he whispered to his attendant, “Let me wait until my hand is better. I don’t want my signature to be shaky. I want people to know I’ve set the slaves free in confidence.” Lincoln signed with complete poise and assurance. Freedom won.

We notice another emancipation letter written by Apostle Paul. After all, he knew a thing or two about slavery. In fact, he penned many letters to new churches, locked up in a dungeon. He urged them, “Stand fast therefore in the liberty by which Christ has made us free, and do not be entangled again with a yoke of bondage” (Gal 5:1 NKJV). Paul was concerned that early Christians were falling back into legalism and rallied them toward a renewed understanding of unshackled grace (Romans 6).

Right on time, we see Jesus extending ‘grace and mercy beyond human reasoning.’ A large crowd gathered as Pharisees brought a woman caught in the (very) act of adultery and threw her at Jesus’ feet. Tenderly, holding her hand, He said, “Neither do I condemn you; go and sin no more.” The woman stumbled away; forgiven, free, and saved from an early death ‘if the Son makes you free, you shall be free indeed’ (John 8:36).

Last story. National talk show host, Tavis Smiley credits Martin Luther King Jr. for changing his life. In a confusing avalanche of twisted events, Tavis ran away from a foster-home—back to his real home. Plagued with bitter unforgiveness toward his dad, the church and community leaders. One day, a deacon befriended Tavis and gave him several old long-play records of Dr. King. Listening to these records, Tavis memorized Martin Luther’s sermons and quotes “He who is devoid of the power to forgive is devoid of the power to love. Forgiveness comes before love.” Sometime later, Tavis hosted a banquet honoring Muhammad Ali, and invited his dad along. During the dinner, Tavis’ dad whispered, “Son, I love you.” Those heart-wrenching words set Tavis’ soul free from the bondage of hatred. Tearfully, he replied, “I love you too, dad.” (The entire article entitled “The Force of Love” can be seen in January 2015 Issue of Guideposts).

Darlene enjoys farm life in rural southern Georgia USA
Previous Is Anything Too Hard for God?
Next Spousal Discontent