Breaking News
Home / Faith / The Bible and The Supernatural 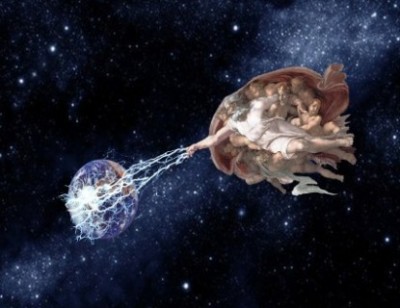 The Bible and The Supernatural

I am a Christian author; my genre is Christian Fantasy, (SciFi as some call it). This is often a controversial genre because many believers feel there is no room for fiction (untruth) in a Christian world. But God can do anything He wants–we mustn’t limit God.

Jesus spoke in parables: He told stories that weren’t necessarily actual events–so in all respects fiction. Some of those stories were quite radical, such as the story of Lazarus and the rich man in
Luke 16:22-26. If the stories Jesus told aren’t evidence enough to show that fiction is not sinful, then take a look at the full Word of God. You will be surprised at the number of supernatural events.

Starting way back in Genesis: In the Garden of Eden, we have a talking serpent who convinced Eve to take that sinful bite that alienated man from God. We can also delve into the book of Numbers 22:27-30, where a donkey spoke with Balaam; or, go even further and mention Luke 19:37-40, in which Jesus told the Pharisees that if His disciples would not praise Him, then God would give voices to the very stones.

God created all things for good (1 Timothy 4:4): Everything God created has purpose and function, only when people get a hold of something and twist it’s meaning, does it become sinful, and therefore damaging to the Christian Spirit, this also applies to works of supernatural fiction.

Take a look at Moses and Aaron and the supernatural things they did to free their people, and note that Pharaoh’s sorcerers were able to do the same things in many cases. (Exodus 7:9-8:18) For instance, when Moses had Aaron throw down his staff and it became a serpent, the sorcerers did the same trick. But then the staff of Aaron ate up the serpents of Pharaoh’s sorcerers. (Exodus 7: 10-12) We can also go into the dividing of the Red Sea, (Exodus 14: 21-22) and again in 2 Kings 2:8, when Elijah crossed the River Jordan and how God held back the Jordan so Joshua could lead his people across on dry ground in
Joshua 3:15-17.

Not only do we see miraculous things happen by the hand of God, but there are also hidden worlds around us (different realms or other dimensions as we would call them today): Take the story of Elisha when the Israelites were surrounded and his servant panicked. (2 Kings 6: 14-17) This can also be seen in the book of acts when Stephen was martyred. Heaven opened and he was able to see into heaven as he was stoned to death. (Acts 7:55-60) We can turn to Revelation and see how John was taken up into Heaven where he was able to view the end of time in the presence of Jesus and the angels.

Oh, and we must not forget about Elijah. He was taken to Heaven in a fiery chariot. (2 Kings 2:11) There is also the mysterious disappearance of Moses (Deuteronomy 34:4-7) and Enoch. (Genesis 5:24,
Hebrews 11:5) Jesus disappeared to avoid a vicious mob in Luke 4:28-30, and we have Philip, miraculously appearing in the desert to witness to a loan traveler (Acts 8: 38-40), so there are even instances of teleporting in the Bible.

There are also several places in the Bible where the world is spoken of in plural. (Hebrews 1:2, 11:3) In Nehemiah 1:9, it says God’s people will be gathered from the, “uttermost part of heaven,” indicating that there could very well be other worlds out there. But if there is life on other planets, they too must believe in God and that He sent His only Son to live and die here on this remote planet called Earth. This adds another layer to the alien’s faith because they must also believe that there is another world out there, populated by a people whom God sent His Only Son to live amongst.

What are your views when it comes to the supernatural powers described in many stories today, which upon study, can also be found in the Holy Bible?

Tim is a self-published author. His genre is Christian Fantasy- he loves the challenge of trying to combine Christian and Fantasy into a novel that loses none of it's spiritual value. Tim has been an active member in every Church he has attended. He has served as Head Usher, a Sunday School Teacher, and a Youth Director, and has also served as a Church Elder. Tim's prayer is that the Holy Spirit will minister through his words, and that his experiences and knowledge will be helpful to someone out there who needs a true friend like what we have in Christ Jesus.
Previous Hearing Voices?
Next God’s Kindness Leads You To Repentance