Breaking News
Home / Faith / What Are You Fighting For? 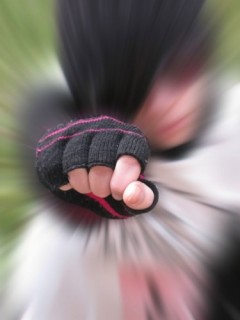 What Are You Fighting For?

The Lord says that there is nothing new under the sun (Ecclesiastes 1:9). What has been before, will be again. I don’t believe this means that we will at some point revert to horse and chariot, even though that isn’t out of the question with the threat to our power grids, our dependence on electricity and technology, and the near cold war with Iran and nuclear weapons.

I believe the Lord is saying that all of the fighting and wars and problems that exist today, inside and outside of us, already existed since the beginning of humanity. There is nothing new in our basic make up, in the spiritual law of life and death set in motion by God. This law is partially depicted in the principle of reaping and sowing (Romans 8:2). Technology has evolved and influenced the look and shape of our century, but the issues that underlie the fighting within the human soul and on the world stage has not changed.

Are we born to fight? God has given each of us a will, a conscience, a mind, a soul and a spirit. Each person, as they deal with life’s daily conflicts, is confronted with the question: Will I fight back in some way or give up?

Psychology breaks this question down into the fight or flight response. Sometimes, I will to fight and other times I will to take flight. Within this carnal paradigm, I usually pick the wrong response. When I should fight, I give up; when I give up, I should fight. Even in choosing the right response, I carry it out with the wrong mentality. In giving up, I blame others. In fighting, I sting with a prideful tongue.

King Jesus was and is perfect in his response to people’s hate, unbelief, low self-esteem, superiority complexes, pride, self-righteousness, accusations, abuse–essentially, to the gamut of sin. He had pure motives of love and a desire to bring about good. When the Jews were selling merchandise in the temple courts and cheating their countrymen, Jesus was angry and he fought. He reprimanded the merchants and overturned their tables. When the Jews pressured the Romans to hang Jesus, He was silent and entrusted Himself to the Lord.

I believe we are born to fight, and we are unhappy when we give up without the Spirit’s leading, have nothing of value to fight for or are only fighting for our own interests. I also believe that when we are reborn as children of God and fight the good fight of faith, we live our purpose and fulfill our destiny.

God is on our side. Because King Jesus died and rose again, He has won the war against Satan and evil. But now there are spiritual battles to fight. God’s given us everything we need to win. (2 Peter 1:3)

Will you fight the good fight of faith in Christ?

lives in Minnesota where the winters are long and harsh, white and beautiful (think Frozen). She loves writing Christian fiction and has published a book about the steadfast working of God's love and truth in the midst of personal, relational, and national turmoil - Kingdom Horizon. Check it out! Along with other TBL writers, she is a member of faithwriters.com. She also likes being with children and works as a substitute teacher. Thanks for reading this and hope you are blessed by The Bottom Line website.
Previous Advice for Men–When She’s Crying
Next Is The Push For Intolerance Eliminating Conversations?