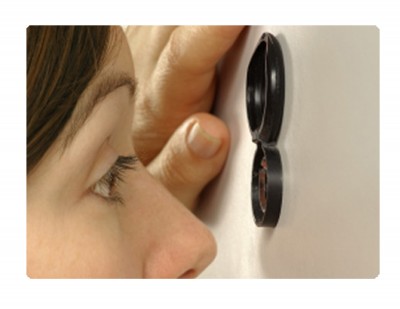 There are so many stories in the Bible that speak of God’s chosen people being tempted and following through that temptation.

Take Cain and Abel: Cain convinced Abel to come with him to a field, where he murdered him because of jealousy after each of them made an offering to God. God accepted Abel’s offering, but rejected Cain’s. Abel’s offering was some of the first-born from his flocks, an offering that took something from Abel that could not be easily replaced. Cain’s offering was from the earth, planted by him and was something that could easily be replaced because many would ripen and become available in only a matter of days.

When God asked Cain where his brother was, he said defiantly, “Am I my brother’s keeper?” a saying still used today in various forms. Cain lied to God to cover his sin of murder which made him sin even more. One sin leads to another and before too long, unforgiven sin festers and grows spreading to all areas of your life, leaving destruction in its wake. More sin hurts more people until no one is left who has not been affected by its evil outcome.

What is sin? Sin is the fruit of temptation. We are tempted every day, but the only way it can become sin is if we follow through on that temptation as it says in James 1:14-15:

“But every man is tempted, when he is drawn away of his own lust, and enticed. Then when lust hath conceived, it bringeth forth sin: and sin, when it is finished, bringeth forth death.”

Cain could have walked away when God did not accept his gift, and get a more appropriate offering, but he chose instead to hold it in his heart and then, in his anger, explode on his own flesh and blood. There is a right way and a wrong way to handle temptation, and God caps it off pretty well in Genesis 4 when He says:

God designed us in such a way that we need to make right choices to get full enrichment out of life. As long as we continue to do good to others, and treat everyone the way we want to be treated, we can actually overcome many temptations we face in our daily lives. As Adam and Eve had one rule to keep on the right path, so mankind has one commandment from Christ that covers everything we could possibly face in life. His great command can be found in Matthew 22:

Though Scripture mentions these as two commands, I would venture to say that if we obey God as He commands, and love Him for what He has given us, it naturally follows that we will obey the second command, as well. So, just as sin multiplies, so does righteousness.

If everyone in the world could love and respect each other, and follow that one simple rule, there would be very little sin in the world! There wouldn’t be any murderers, there would be no hate, no bitterness or jealousy. People wouldn’t cheat on their spouses, they wouldn’t steal from each other, or slander their names. But the world is blind to the truth and very few realize that putting others first would make the world a far better place to live.

This can become a problem for many true believers, because we understand how man can easily fall short, we know how bitterness can damage people for the rest of their lives. As Christians we try to teach others the value of helping one another rather than helping ourselves, and we often end up being used as a doormat. People who know the true believer also know how quickly they will forgive and some take advantage of that situation. But no matter what, we are instructed to forgive those who are against us seventy times seven, ( Matthew 18:21-22). This comment to Peter is followed by the parable of the unforgiving servant which can be found in Matthew 18: 23-35.

I think Matthew 7:12 sums it up pretty well:

“Therefore all things whatsoever ye would that men should do to you, do ye even so to them: for this is the law and the prophets.”

There is no greater joy than helping another, and seeing their gratitude in the gleam of their eye and the thankfulness of their heart. God will never tempt us above what we are able (1 Corinthians 10:13) Though there may be times when we feel like we’re at the end of our rope, remember who is in control.

God knows our limits better than we know ourselves. After overcoming a great trial we can look back and actually see just how much strength God has given us.

When temptation knocks, are you able to recognize it, and what is your strategy for fighting against it?

Tim is a self-published author. His genre is Christian Fantasy- he loves the challenge of trying to combine Christian and Fantasy into a novel that loses none of it's spiritual value. Tim has been an active member in every Church he has attended. He has served as Head Usher, a Sunday School Teacher, and a Youth Director, and has also served as a Church Elder. Tim's prayer is that the Holy Spirit will minister through his words, and that his experiences and knowledge will be helpful to someone out there who needs a true friend like what we have in Christ Jesus.
Previous Dealing With Disappointment
Next Wait On God; He’s Not Too Busy