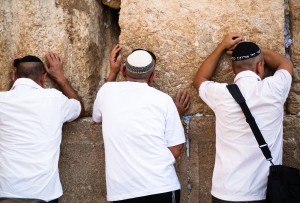 Who Prayed for Paul?

The headlines ran red. If there were a secret first century parchment bearing news, prayers and encouragement, circulating the dispersed believers, surely it read, “ Steven, our beloved brother in the faith, perished at the hands of Saul and the religious leaders. He breathed his last yet full of the Spirit and testifying to the goodness of Jesus.”

Maybe, John picked up that parchment or maybe he wrote it, heart aching. What a loss for the early church! No doubt Christians across the known world knelt in their homes and small gatherings, praying fervently for Steven’s family, the progress of the Gospel, their own safety and Christ’s soon return. But who prayed for Saul?

The early church knew who was responsible for much of their terror, and God asked them to do the unbelievable. After Jesus appeared to Saul on the road to Damascus, He approached one of His own, a man named Ananias, and told him to go to Saul and lay his hands on him: “ ‘Lord,’ Ananias answered, ‘I have heard many reports about this man and all the harm he has done to your holy people in Jerusalem. And he has come here with authority from the chief priests to arrest all who call on your name.’ ” (Acts 9:13, 14)

I wonder about that as our own headlines run red. Every single day we learn of more Christians, more People of the Cross, losing their lives for the name of Jesus. And, I kneel. I kneel by my bed and pray with tears streaming down my face. My emotions boil, a hot alloy of anger, fear, compassion and longing for justice. I lift up the Coptic Christians, those in Syria, Pastor Saeed Abedini, the orphans, the widows and those fighting for freedom.

Last Sunday, I served on prayer team at my church. Five of us huddled in the church office praying for the service and everything the Spirit laid on our hearts. We prayed for the church worldwide, but in that hour, none of us prayed for the persecutors. I have to confess, that even on my own time, I am reticent to pray for them. It’s not that I haven’t thought of it; it’s just that I don’t want to.

But in the biblical account, God didn’t let prayer warriors off the hook. In Acts 9:15-17, He replied to Ananias, “ ‘Go! This man is my chosen instrument to proclaim my name to the Gentiles and their kings and to the people of Israel. I will show him how much he must suffer for my name.’ Then Ananias went to the house and entered it. Placing his hands on Saul, he said, ‘Brother Saul, the Lord—Jesus, who appeared to you on the road as you were coming here—has sent me so that you may see again and be filled with the Holy Spirit.’ ”

God may have asked Ananias to do the unbelievable, but God proved that He will do the impossible. The bulk of our sacred New Testament was penned by the very man who once slaughtered People of the Cross.

Might God dramatically change the trajectory of history if Christians today pray for the persecutors? Can you imagine, for a split second, the magnificent manifestation of God’s glory if those perpetuating evil turned their hearts toward Jesus?

Do you think we should be praying for terrorists? What should we pray?

Previous Can Prolonged Sitting Make Us Sick?
Next The Power of Positive Thinking