Breaking News
Home / Family / Could Maine Have the Answer to Welfare Reform? 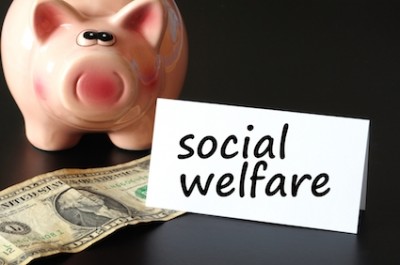 Could Maine Have the Answer to Welfare Reform?

Earlier this week the US Herald reported that there has been a significant drop in food-stamp enrollments since Maine began requiring welfare recipients to complete work, volunteer, or job-training hours before being eligible for assistance.

The article reported that at the end of 2014 there were 12,500 adults enrolled in Supplemental Nutritional Assistance Program (SNAP). These adults are not disabled and do not have children living in the home but are collecting benefits due to a lack of financial stability.

However, since Governor Paul LaPage introduced these new requirements, enrollment has dropped to just over 2,500.[1] That’s a nearly 10,000 participant decrease.

As expected, Republicans are labeling this a success. Democrats are a bit up in arms, saying the requirements are too strict.

It sums up to this: Non-disabled adults who do not have dependents living in the home cannot receive food stamps for “more than three months unless they work at least 20 hours a week, participate in a work-training program or meet volunteering requirements.”[2]

DHHS Commissioner Mary Mayhew told the Associated Press, “If you’re on these programs it means you are living in poverty and so the more that we can help incentive people on that pathway to employment and self-sufficiency the better off they’re going to be.”

I think the author of the US News article sums it up perfectly:

“And while I will say that getting a job can be harder than it sounds, Maine’s program solves that difficulty beautifully. If individuals can’t get and hold a part-time job of twenty hours per week, they can qualify by enrolling in the training program. If that doesn’t get them a job, they can still qualify by volunteering. Do you see what Maine did there? They’re making people exhaust their possibilities for employment before giving them a handout.”

I happen to agree—especially as it applies to able-bodied adults.

“For you yourselves know how you ought to follow our example. We were not idle when we were with you, nor did we eat anyone’s food without paying for it. On the contrary, we worked night and day, laboring and toiling so that we would not be a burden to any of you.  We did this, not because we do not have the right to such help, but in order to offer ourselves as a model for you to imitate. For even when we were with you, we gave you this rule: ‘The one who is unwilling to work shall not eat.’

We hear that some among you are idle and disruptive. They are not busy; they are busybodies. Such people we command and urge in the Lord Jesus Christ to settle down and earn the food they eat” (emphasis mine).

According to Maine.gov, LaPage says the work is not over. “We must continue make these types of changes to the system, not only to achieve significant savings, but to encourage Mainers to become self-sufficient,” he said. “This is a down payment on welfare reform and, after implementing these changes and gauging the results, I look forward to doing more.”

Personally, I’d say the numbers speak for themselves. And whether intentional or not, the legislation follows biblical guidelines.

is a freelance writer and contract copywriter who lives in the seacoast region of New Hampshire with her husband, Eric-Thomas,of five years. She currently serves alongside her mother as the Marketing Director for God’s Girls Christian Store and More, a online retail store serving the southern New England region. Her work has been featured in several print and online publications, and she is the recipient of two Faithwriters’ Editors Choice Awards for her short stories, which are scheduled for publication in the Mixed Blessings series. Her first book, Fragile: 30 Days of Hope for the Anxious Heart, is now available at samanthaarroyo.com. She can be reached at [email protected].
Previous The Health Benefits of Flaxseeds
Next Feeling Cursed?