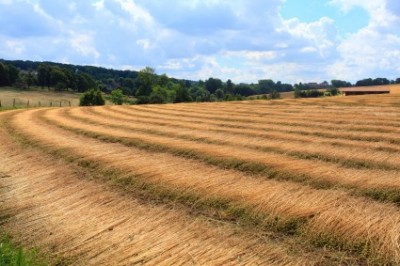 The Health Benefits of Flaxseeds

During the 8th century, King Charlemagne of France, strongly believed in the health benefits of flaxseed. His belief was so strong that he passed laws requiring his subjects to take it. Hippocrates also used it as one of the original medicines.

The two types of flaxseed, golden and brown, have similar nutritional profiles. Also known as linseed, they provide the richest source of lignan on earth with levels estimated at 100-800 times higher than other plants. However, when the oil is pressed, sometimes the lignan is removed. So it’s important to choose flaxseeds with the highest level of lignan.

Flaxseeds with a high level of lignan have been shown advantageous in preventing and treating cancer. Supporting research indicates success in treatment of breast and prostate cancer in humans. In one study, mice were administered a chemical to cause cancer and then given a lignan extraction. All of the mice had a 46% reduction in tumor size. In another study, Omaha researchers noted as much as a 63% reduction in melanoma tumors when mice received 10% flaxseed supplementation.

With simple dietary changes, scientists have estimated at least 60-70% decrease in breast, colon and prostate cancer, as well as a 40-50% decrease in lung cancer.

Although DHA (docosahexaenoic acid) and EPA (eicosapentaenoic acid) are Omega-3’s that are sourced from fish, flax provides a different type of Omega-3 known as ALA (alpha-linolenic acid). For those who may not like seafood or have a seafood allergy, it can be a good alternative to the Omega-3 fats in fish. The ALA in flax results in positive effects on cardiovascular disease.

Containing both soluble and insoluble fiber, flax supports colon detoxification and helps relieve constipation. The healthy fats and fiber allow a fuller feeling which helps with weight loss. The soluble fiber traps fat and cholesterol, thereby preventing it from being absorbed. The anti-inflammatory and gluten-free properties are good news for celiac patients.

Flaxseeds can be used whole or ground. Ground is preferred since it is much easier for our bodies to digest. Since whole flaxseed can pass through the intestines undigested, the body cannot obtain the full benefit.

Ground seeds can be added to smoothies or used in baked goods. They can be sprinkled on soups and salads for added crunchiness. Used as a topping for yogurt or cottage cheese imparts a nutty flavor.

Cottage cheese and flaxseed oil are actually part of an anti-cancer protocol: The Budwig Diet. This combination allows for a chemical reaction between the sulfur protein in the cottage cheese and the oil. The oil then becomes water soluble so that it is easily absorbed into the cells.

“Then God said, ‘Let the earth sprout vegetation: plants yielding seed, and fruit trees on the earth bearing fruit after their kind with seed in them’; and it was so” (Genesis 1:11 / NASB).

If you have incorporated flaxseeds into your diet, what improvements have you noticed in your health?

Denise is a Registered Nurse, married, and has lived in Alabama all of her life. She has been a Christian for more than 40 years and has studied Prophecy for over 25 years. She writes devotionals for Faithwriters (www.faithwriters.com). She also writes for TGGmag ('Tween Girls and God online magazine for girls age 9-12). She desires to share Christ with others through her writing and is looking forward to the soon return of our Lord Jesus Christ.
Previous God Will Heal your Broken Heart
Next Could Maine Have the Answer to Welfare Reform?