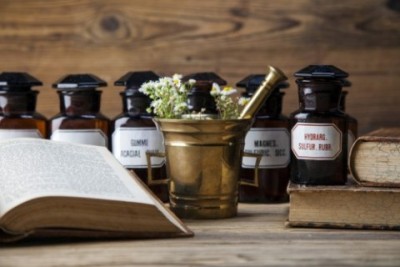 She was an inspirational poet, a young mother, and a Smallpox survivor who bore the scarring of the disease. In the early 18th century, she left her home in England to be with her husband in the Ottoman Empire of Europe. While Lady Mary Wortley Montagu lived over 290 years ago, in a very different world, her choice to protect her children from the scourge of Smallpox affects all people today…

Victims of Smallpox first felt feverish, then the headache and back pain began. Soon after, there was the eruption of blisters over the entirety of the skin, leaving life-long disfigurement from crater-like pockmarks and even blindness in some cases. One in three victims, mostly children, would die. To this day, there is no cure.

Lady Mary wrote of “Smallpox parties” that the “old women” in the area of Turkey where she was living would assemble. They would then inoculate the little children brought to them by “opening a vein with a needle” and causing “no more pain than a common scratch.” The young English mother noted that the children played together for that entire day, began a fever by the 8th day, took to bed for 2 days, and were soon completely well–“with no pock marks,” and “no one has died from this inoculation.” …”I intend to try it on my own dear little son.” And Lady Mary also vowed to take what she learned in Turkey back to England to share with physicians there, although she wondered to herself whether they would listen..

Real changed did come to England 79 years later, and it started with Blossom, a milk-cow affected with Cowpox–a milder form of the virus that caused Smallpox. As was common for the times, Blossom passed Cowpox on to milkmaid Sarah Nelmes, who found herself with pockmarks on her hands. This gave Dr. Edward Jenner an idea…

Dr. Jenner had witnessed firsthand the devastation of Smallpox, calling it “the Speckled Monster.” Now, he would use material from Sarah Nelmes pocked hand, rubbing it on to a scratch he’d inflicted on the arm of an 8-year-old boy named James, whose mother must have had great trust in Dr. Jenner! Soon after, the boy developed mild Cowpox but recovered. Jenner then “variolated” him with Smallpox–which he never developed! This was the beginning of the miracle of vaccination against the deadliest disease in history.

Just like today, there was much concern in the 18th century about the effects of vaccination once it was administered to children. One cartoon of the time showed people with cattle coming out of their limbs and heads after receiving the Smallpox vaccine! And no one could say for sure what would happen until after the fact. But there was a desperation among both parents and doctors to find a cure for this devastating, life-changing disease that drove them to work towards a way of protecting children before exposure.

Life was a different experience in centuries past. Many children did not live beyond their infancy and infectious diseases spread by means even talented physicians were unaware of. A simple vaccination could have prevented countless deaths had it been developed. And while there is controversy today over the administration of vaccines, the fact remains that millions of lives have been saved by prevention due to vaccination against many deadly diseases, including “the Speckled Monster.”

Smallpox has likely caused more deaths throughout history than all other infectious diseases combined.

My husband Dan and I have three children and three grandchildren. We live in central Illinois. I am a graduate of The Institute of Children's Literature, a member of faithwriters.com, and a member of SCBWI. My writings have been published at chirstiandevotions.us, in DevotionMagazine, the PrairieWind Newsletter, and here at thebottomline.co.
Previous The Wedge of Pride
Next Should Christians Read Harry Potter? 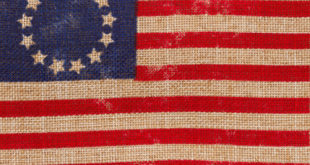 There are times when we have to give up something we love in order to ...