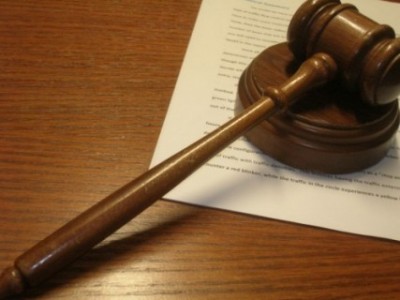 Suing for Tuition — What’s Next?

New Jersey college student, Caitlyn Ricci, has gone toe-to-toe with her parents for over a year, arguing over who should be responsible for paying her college tuition. Recently, a judge ordered Maura McGarvey and Michael Ricci, the student’s parents, pay Temple University for the 2014/2015 school year in the amount of $16,000. Her parents have appealed the ruling, arguing that their daughter did not apply for all available loans and scholarships and hasn’t spoken to them in over two years.

This comes just months after Superior Court Judge Thomas Shusted Jr. ordered Ricci’s parents to pay $906 of an outstanding tuition bill from Rowan College at Gloucester County where she was enrolled prior to transferring to Temple University.

According to the student’s attorney, Andrew Rochester, his client has paid a total of $26,000, with financial aid, toward her costs at Temple University.

But the tug-of-war is far from over.

According to reports, Caitlyn Ricci left home in 2013, and went to live with her paternal grandparents. Ricci’s mother testified that Caitlyn Ricci left home because she refused to do chores, follow a curfew and had a problem with underage drinking. Ricci argues that it was, in part, due to an argument over taking a summer course.

Her legal victory thus far is due to a precedent set in 1982, when Newburgh v. Arrigo was heard in the state Supreme Court, ruling that divorced parents were obligated to pay for their child’s college education.

“In general,” the court wrote in its decision, “financially capable parents should contribute to the higher education of children who are qualified students.”

According to philly.com, Ricci’s parents make a combined $272,000 annually.

But should the parents really be held responsible?

This isn’t the first time a tuition fight has made headlines. In March, 18-year-old New Jersey high-school honor student, Rachel Canning, sued her parents for immediate financial support after they kicked her out of the house. Her request? Settle a $5,032 private-school tuition bill, fund her college tuition, pay her living and transportation expenses—and cover her legal fees.

Her parents claimed that the high-school senior left home on her own accord, saying that she left the house because she refused to obey simple household rules: respect others, do chores, return borrowed items, and reconsider her relationship with her boyfriend, whom the parents believed to be a bad influence.

Canning cited “severe verbal and physical abuse.” In this case, the judged ruled in favor of the student’s parents, claiming the abuse was unfounded. In addition, the private high school where Canning attended stated that the student could continue attending because she was an honor student. Canning dropped the charges and has since moved home.

In the words of the judge in Canning’s case, “What will the next step be? Are we going to open the gates to a 12-year-old suing for an Xbox? Do we want to establish a precedent where parents are living in constant fear of establishing basic rules of the house?”

From the outside looking in, barring any abuse or neglect, the parents of both Canning and Ricci were simply carrying out their parental duties to train, discipline and teach as the Bible commands. And the state has no right to intercede.

Teens: Being raised by parents with rules and boundaries is a gift, not abuse. Attending college is a privilege, not a right.

Those who receive the gift of higher education in full or in part are among the few who do. According to a 2013 poll by Citigroup and Seventeen Magazine, only 22 percent of students report their parents footing the bill. Forty-one percent rely on financial aid while 16 percent claim scholarships get them through college. Most students apply for loans, work a part- or full-time job while attending college (averaging 19 hours a week, according to the survey), and scrimp and save to pay back their debt once they’ve graduated.

And that’s not necessarily a bad thing.

Paying your way promotes financial responsibility, prepares students for life after college, and has been said to improve overall work ethic. Columnists, parents, students and financial experts alike have often said that students appreciate and value their education more when they play an active role in paying for it.

Choosing to cut the check for college tuition is a personal decision. And with college tuition on the rise, retirement to consider, and other heavy financial obligations, it may not even be feasible for some parents. And it’s certainly not required from a biblical perspective.

This is, however, what parents are expected to do for their children:

So, who should be held responsible? In my humble opinion, and as a college graduate who paid part of her way through school, if parents feel God calling them to help financially after evaluating their personal circumstances, fantastic. But they are in no way obligated.

And they certainly shouldn’t be faced with a law suit because someone else feels otherwise.

is a freelance writer and contract copywriter who lives in the seacoast region of New Hampshire with her husband, Eric-Thomas,of five years. She currently serves alongside her mother as the Marketing Director for God’s Girls Christian Store and More, a online retail store serving the southern New England region. Her work has been featured in several print and online publications, and she is the recipient of two Faithwriters’ Editors Choice Awards for her short stories, which are scheduled for publication in the Mixed Blessings series. Her first book, Fragile: 30 Days of Hope for the Anxious Heart, is now available at samanthaarroyo.com. She can be reached at [email protected].
Previous Valuable Gifts – Frankincense and Myrrh
Next Mingling Heaven And Earth