Breaking News
Home / Family / What About Purity? Part One 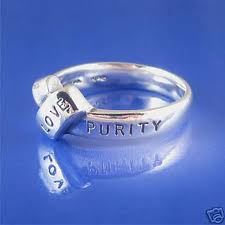 What About Purity? Part One

Let’s face it.  Times have changed since the Bible was written.  Isn’t purity an out dated concept really?  In an article in The Guardian, a British national daily newspaper, entitled “The moral case for sex before marriage,” Jill Filipovic says, “having sex before marriage is the best choice for nearly everyone.”

What is Filipovic’s reasoning in saying premarital sex is the best choice?  Why does she say this?  She cites a study by two college professors stating that having sex once a week generates as much happiness as an extra $50,000 in the bank.  She cites physical reasons such as stress reduction, heart health and boosting sleep.

She cites natural physical urges as a reason to have sex whenever you want – it’s natural to want to have sex so indulgence is good.  She says the “rightwing emphasis on ‘purity’ is designed to make you feel damaged and soiled and ‘sexual morality isn’t about how long you wait. It’s about how you treat yourself and the people you’re with.’”

She does admit that there is a downside.  A 2011 USA Today article shows the USA’s number of unplanned pregnancies is the highest worldwide, as well as a high number of abortions and sexually transmitted diseases, but Filipovic contends that the promiscuity is not the problem.  Instead she says, “…our problem with sex isn’t that we’re having it before marriage; it’s that we’ve cast it as shameful and dirty. And when our collective cultural consciousness says that sex is shameful and dirty, we don’t have the incentive – or the tools– to plan for sex, to see it as a positive responsibility and to make healthy sexual choices.”

One point she makes that I can agree with is that society is obsessed with sex as evidenced by its pervasiveness in TV, movies, music and advertising.  However, she doesn’t suggest that this is a problem; she simply uses it as a launching pad to say that in light of how obsessed society is with sex, people should not be taught abstinence, but instead to view sex as a “positive, moral, pleasure-affirming choice.”

Throughout her article Flipovic gives reason after reason for engaging in premarital sex, but all from one angle – hers.  She obviously believes in premarital sex and that abstinence is bad and shouldn’t be taught at all.  She is clearly not trying to convince anyone, just affirm her position and those who hold the same since there is a lack of, save one sentence (which she turns to support her view), opposing evidence.

To be an equitable debate, she should include reasons why abstinence is a positive choice.  There are many reasons not to do this, the most obvious to skew the viewpoint.  In part 2, we will explore the advantages to remaining sexually pure until marriage.

Previous On Wings Like Eagles
Next OUR HOPE: What Will Become of Us?