Breaking News
Home / Family / What Do You Want To Hear? 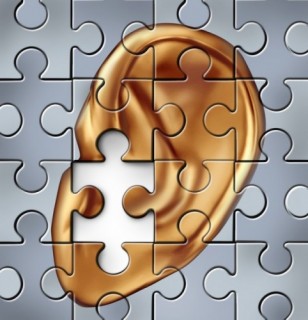 What Do You Want To Hear?

Giving in to the temptation to hear only the good from others, surrounding ourselves with those who only say what we want to hear, can be disastrous. Just ask King Ahab! In fact, Ahab had 400 men who did just that—filled his ear with just what he wanted them to say. Yet there was one honest prophet who could have helped save his life, had he listened to him instead.

Who was the lone prophet, brave enough to tell a powerful king the truth? Micaiah was a prophet of Samaria, and Ahab hated him because whenever he inquired of the Samaritan prophet, he said what God told him to say. This time would be no different. Ahab inquired of Micaiah whether he should go into battle with Ben-hadad for a second time. His 400 men had already spoken—victory would be his! Still, he decided to consult the hated prophet to see what he would say.

Micaiah was in prison at the time, likely for going against Ahab in another matter. As he went to see Ahab this time, no doubt enjoying his temporary freedom from his cell, he must have felt the temptation to tell the king whatever he wanted to hear. But he decided to obey The King: “as surely as the Lord lives, I can tell him only what my God says.” (2 Chronicles 18:13 NIV)

When Micaiah reached the king, he told him that the Lord had put a deceiving spirit in the mouths of all of his 400 prophets, and that He had declared disaster on Ahab. But did the prideful king listen? Once again, he chose to engage in this battle. And as he left he gave orders that Micaiah remain in prison, receiving only bread and water until he arrived home safely. The brave prophet would not change his words, even declaring that Ahab would not be returning safely!

Ahab kept his pride, and believed the lies of his 400 prophets instead of heeding God’s warning through the Samaritan prophet—and it cost him his life. Ahab wanted to hear agreement; he surrounded himself with those who were willing to tell him whatever he wanted to hear, punishing those who refused. But Micaiah didn’t give in to the temptation to appease the king. He obeyed God, telling the truth.

Be careful who you surround yourself with. Can your friends and family be honest with you? Do they tell you the truth, or just what you want to hear? Maybe you’ve given in to the temptation to tell others just what they want to hear. Remember Micaiah, the brave and obedient prophet, and Ahab, the prideful king who lost his life to save his pride.

My husband Dan and I have three children and three grandchildren. We live in central Illinois. I am a graduate of The Institute of Children's Literature, a member of faithwriters.com, and a member of SCBWI. My writings have been published at chirstiandevotions.us, in DevotionMagazine, the PrairieWind Newsletter, and here at thebottomline.co.
Previous Faithful Participation
Next Happy Birthday To “The Star-Spangled Banner”