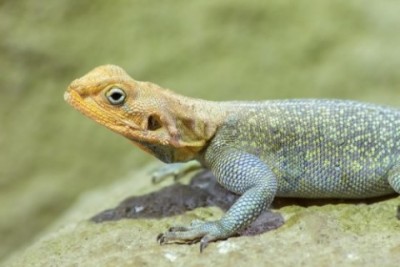 Why Didn’t He Change?

And the preacher’s words rang out “For this reason a man shall leave his father and his mother, and be joined to his wife; and they shall become one flesh.” (Genesis 2:24) “Finally, we can start our life together just the way I imagined it.” Jack replied gazing into his beautiful bride’s precious pastel blue eyes

… Two years later, Jill is having to remind herself of the vows she so faithfully promised her husband and recall to mind how exactly this becoming one flesh thing really works because as of now, nothing has changed, and the idea of her husband having to constantly seek approval from his mom and dad is becoming exhausting. Does any of Jill’s story sound familiar? Is your marriage struggling with some of the same concerns that Jill has? Are you trying to figure out what all God meant when he said for the two to become one? Let’s take a look at the first two steps, “a man shall leave his father and his mother, and be joined to his wife;” Leaving is not just a physical requirement, but also a mental one.

What exactly does that look like? It means that your beautiful bride is now the woman whom you seek council, refer to, and support even if mom and dad do not agree, and even though you may not always agree with her, you will not trade sides and head back home when life becomes rough. The last part of the verse is the biggest struggle especially since our own flesh cries out “It’s all about me, me, me!” However, becoming one means letting go of the little things like when she leaves toothpaste gunk in the sink every single day, or when you find his socks laying all over the floor. Becoming one flesh means working together when it comes to parenting. Being on the same page is an absolute must! It won’t take long for a child to figure out who is the weaker parent to give in or they may even run a manipulation scheme against both parents.

Becoming one flesh means being able to finish each other’s thoughts, discussing with one another potential plans with friends whether as a couple or a guy/girl’s night out, and working through the budget (One of the biggest reasons marriages end in divorce is due to financial miscommunications.) It also means working as a team including parenting, household chores, bedtime routines, yard work, and car maintenance.

Whether you enjoy the task at hand or not is not the focus. Instead, it’s about give and take. Sacrifices. Creating a unity in flesh is not something that happens mysteriously overnight. It takes a lifetime commitment of dying to one’s self and leaving behind selfish desires so that your spouse may grow into the godly being that God so desires them to become. By choosing to make Christ the center of your home, He will help you keep your promises to one another.

is an author and editor for The Bottom Line Ministries as well as a member of Faith Writers. Currently she teaches high school language arts. She is a mom to four amazing blessings and enjoys every moment life has to offer. Renee has a fervor and drive to learn, she loves to read and spend time with her family, and is involved with her local church ministries. Humbled by God’s gift of words, she has a passion to write what the Holy Spirit has placed in her heart. She hopes to publish her in-progress book someday, but in the meantime, is honored to be placed as part of the TBL writing family and is holding on to the ride wherever God is leading. Renee and her family reside in their country home in Holland, Iowa.
Previous Psalm Eight Remix
Next Animal Therapy Equals Love