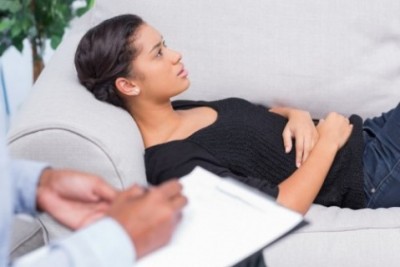 The typical school guidance counselors work from an office or classroom. They are also expected to have some form of credential such as a bachelors or master’s degree, to support their title as a counselor. But Charles Clark is no typical school counselor. In fact, technically, he’s a Custodian by profession. One that is very dedicated to his job, and do his best daily. However, he has a second job that’s just as important as his first—but for which he gets no salary. Charles is the informal guidance counselor at the high school where he works as a janitor.

Located on Industrial Boulevard in Euless, Texas is Trinity High school. This institution shared that pride, determination, and responsibility are what makes it different from the rest. But Mr. Clark makes a fine addition to the defining reasons it’s different. He has been working there for 25 years, and almost all of those years have been dedicated to providing guidance and encouragement for the students.

Two major roles of school counselors include offering the students assistance and guidance. Mr. Clark has been doing just that. The best part is he’s not working against, but rather with the paid counselor. They operate as a team. Peggy McIntyre is the clinical counselor on staff at the school, she holds a master’s degree in social work. She confidently states that Charles has a better way of reaching some of the kids. He gets results, she said. With over 2000 students attending Trinity, it really does take a village.

Some of these kids, especially the males, doesn’t really know what it’s like having a positive role model in their lives. There’s a handful who aren’t familiar with a man’s genuine embrace and words of I love you. Though Charles Clark is a regular janitor, these children consider him a wise man and they trust him. Mr. Clark said, “Once they trust you, and they know you love them. You can get them to buy into what you’re selling.” Thank God he’s selling hope. He helped dozens of kids turned their lives around. They either went on to college or are otherwise doing well. “And let us consider how to stir up one another to love and good works” (Hebrews 10:24). He doesn’t get paid for the job he does as a counselor, but he is rewarded with every student’s success story.

Amelia Brown is from the beautiful island of Jamaica. She is a 28 year old Guidance Counselor by profession, but a passionate writer at heart. Most of her articles written are aimed at stimulating positive change under the guidance of the Holy Spirit. She is also a published poet and a member of Faithwriters. Outside of writing, she enjoys volunteering, cooking, and turning frowns right side up. Amelia currently lives in New York.
@ameliambrown
Previous The Marvel Of Adoring
Next Debunking The Satan Philosophy