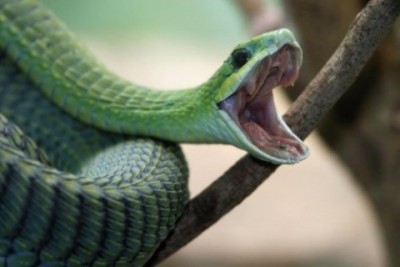 Most of you are familiar with Old Scratch. He is more commonly known as “Satan” or “the devil.” Another name given to this monstrosity is “the father of lies (John 8:44).” No matter what you want to call this fiend, his philosophy is very deep and twisted. So deep and twisted that it has ensnared many and continues to do so. Let’s explore this further.

What is the Satan Philosophy?

The “Satan Philosophy” is the devil’s belief that if he can prove God to be a liar, then he has a chance to rewrite his future destruction into a grand victory. You see, God has already declared Satan’s end in the Holy Bible. Satan is no idiot when it comes to this. But what chance does he have if everything God says is true. He has no chance, and so this is how he strikes.

Examples of the Satan Philosophy

Satan’s original demise came when he declared in his heart that he could be like the Most High God (Isa 14:13). So what did he do? He led a third of the angels into a battle against Michael the Archangel and his angels, in which Satan’s side had absolutely no chance. It was pure deceit and Satan and his angels lost their place in heaven (Rev 12:4, Rev 12:7-8).

This is where the Satan philosophy really kicks in. You see, Satan knew his approach didn’t work and he was booted out of heaven for it, so what did he do? Instead of taking a noble approach and trying to help someone else from falling like he did, he lied even more. This time he struck by lying to Eve in the Garden of Eden:

Gen 3:4-5 And the serpent said unto the woman, Ye shall not surely die: For God doth know that in the day ye eat thereof, then your eyes shall be opened, and ye shall be as gods, knowing good and evil.

You see, Satan wanted to undermine God’s word to Adam and Eve to strike out at God. I can just imagine he was hoping God would let the sin go overlooked because He loved Adam and Eve. And if he were to let Adam and Eve off the hook after making a promise of death to them, then there would be a chance that God would show him mercy on the promise of his destruction as well.

Surprise Satan! What immediately happens after this is what is known as the “Protoevangelium” or the “first gospel.” This is where the promise is made of the coming of the Messiah and the crushing of Satan’s head (Gen 3:15).

So let’s fast forward. Satan now wants to strike at the Messiah in the wilderness, but he has stepped up his game for the occasion. Instead of just flat out lying to Jesus; Satan attempts to deceive Him by misquoting scripture. Attack parried! Jesus simply responded back with three “It is written…” statements in their correct context. Satan was forced to scurry away (Matt 4:1-11).

Why the Satan Philosophy Doesn’t Work

The Satan philosophy doesn’t work because it operates in darkness, therefore it cannot comprehend an approach that would overtake the truth which functions in light (John 1:4-5). Any rational thinking person knows that if you light a candle in a dark room, the light from the flame is going to overtake the darkness. It’s completely axiomatic, which means it’s an obvious truth.

Since the truth is so powerful and functions in light, God’s promises can’t be overcome by the Satan philosophy. It just doesn’t work. Therefore, Satan has become more and more entangled in his own mess. This unfortunately can make things harder on us. Since Satan believes his own lies, he continues to push harder and harder against those who don’t know how to deflect his attacks. This is why we must always put on the full armor of God (Eph 6:13-18).

So, Satan must prove God to be a liar to have a chance to avoid his future, but how do we know Satan can’t find a loophole? I’m about to tell you. The first item that prevents this is the consistency of God. He simply has never failed nor has His word. So if we go by his word, we know God cannot lie, because it comes right out and tells us that He can not lie (Heb 6:18) and He cannot even look upon sin (Hab 1:13). If he can’t lie or even look upon sin, then it is apparent that these things are impossible.

The second thing that prevents this from happening is that Satan is bound by God and by the body of believers. This has never changed and it never will. Satan may want to appear like he has the upper hand, but he certainly does not. He only has what we give him (Deut 28:13).

Satan is stuck. We as believers can always live in victory despite the lies being thrown our way. Remember, resist the devil and he will flee, draw near to God and He will draw near to you. These are promises we can claim every day (James 4:7-8).

The devil will continue to push the Satan philosophy until his final destruction. Even though he has already lost, this doesn’t mean he isn’t dangerous. Be on guard, for Satan walks about looking for whom he may devour (1 Peter 5:8). Remember, when you’re attacked, don’t forget to bring this to the Lord, and especially quote scripture to Satan. Remember, the best way to overcome his lies are with God’s truth. Thank you for reading and God bless.

What are some lies Satan has been whispering to you? What is God’s truth in these matters?

Joel M. Bauer is a 45-year-old U.S. Army Veteran from Dunn, NC, which is just outside of Raleigh. After being honorably discharged from the U.S. Army, he attended school at Taylor University, a Christian liberal arts school, in Fort Wayne, IN, where he received his BS in social work and psychology. He has worked in such places as a homeless shelter, a community based treatment center for severe mental illnesses, a school for troubled students, and other social service agencies. His current endeavor is to build The Bottom Line website into a site that inspires both Christians and non-Christians alike, and brings glory to God.
Previous An Unlikely Guidance Counselor
Next Why Should I Even Pray? God Doesn’t Hear Me Anyways.