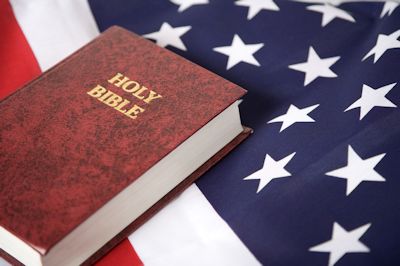 Christians, politics, and the November election

The midterm elections are less than a month away, and most non-presidential elections have a 55% to 65% apathy rate.  This means that the majority of adult citizens do not and will not vote in November.  These people, many of them Christians, are leaving the stewardship of their states and the country to others.  Are you one of these persons who will stay home?

Today, more than ever, Christians across the nation need to get out to the polling booths and vote.  There is much at stake, even though we are not voting for the President.  Most polls show that the President and congress are both at historically low approval ratings, and other polls demonstrate that most people believe that the United States is heading in the wrong direction.
In part, Christians are to blame for this recent collapse.  Not for what they have done, but for what they have refused to do.  We (Christians) have by and large removed ourselves from political and social causes, and now in 2014 we are suffering those consequences.

More Christians need to run for political office, but at the very least everyone needs to.  Take the hour or two and vote on November 4th.  This article is not advocating for a republican, or democrat, or third party candidate, but if we leave the country to  others with alternative and unwise agendas to run the country for us, we will get more of the same and we will not be content.

Many Christians fall back on the gospel message of “render onto Caesar what is Caesar’s”, but that passage does not mean that we should not be part of our own government.  In a democracy or a republic, the leaders need to be moral and ethical.  I would go as far as saying that they need to have basic Christian values.  We are a land where 75%-80% of the country calls itself Christian, but look at what goes on in Washington and elsewhere with corruption, lies, and the like.

Without voting there can be no standing for complaining about what is happening, though many of us like to complain.
Please vote this November, and organize and encourage those around you to do the same.

Ken Lambert, D.Min, lives with his wife and twin boys in southern New Hampshire, and has written for a variety of religious and secular publications. He is co-author of Top Ten Most Influential Christians- since the Apostles, and is an adjunct instructor for Agape Seminary (Church History, Wisdom Books).
Previous Friends and Partners
Next When Pets Attack: Spiritual Lessons Learned From Claws And Paws