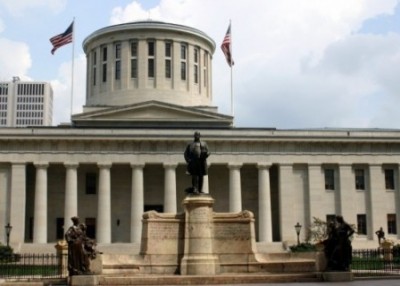 Congress is Funding and Printing Bibles?

Write…revise…edit…write…revise…edit. The life of a writer rotates on the axis of revisionism, as does the life of those who chose to edit out the true history of the Founding Father’s desires to promote the principle foundations of Christianity in order to create “One Nation under God.”

In 1782, the Congress of the United States not only funded and printed the first English bible, The Bible of the Revolution, but they also stated that the bible would be “A neat edition of the Holy Scriptures for our schools.” Did you know that the initial number of bibles printed was ten thousand, which were then distributed into the schools? Of the original number, only 22 remain in private hands today, one of which is owned by David Barton. Barton states that, prior to the first printing of the Bible of the Revolution, the bible was already part of the public school system beginning in 1647 until 1963 when the court ordered to the remove bible from public schools.

Not only were our Founding Fathers providing the financial means and printed copies for the public school system, in 1798 over a dozen signers of the Constitution, Declaration, along with the President, John Adams, and Vice President Thomas Jefferson, continued to promote the ideas of Christianity through the publication of the Family bible. They desired to get the Word of God out to every family.  Why? The Founding Fathers recognized that the principles and foundations of Christianity made for not only a better faith but also a better family.

Are you noticing any connection here? Lies vs truth? One true God vs Man as God? No one can deny the deformation of morality in American. What was once seen as immoral is now glorified.

Take a look at the degradation to the motto of Harvard University, the oldest and first college in America.   The original founding words stated “Christo et Ecclesiae”- “Christ and the Church”. Then the word Veritas or “truth” was added meaning “Christ and the Church and Truth”. Today, the word “Truth” is all that remains. No Christ. No Church. Only a truth founded on man’s idea of what truth is.

Okay, so the lack of Christ and the Church seems harmless right, yet a nation without a foundation on God will ultimately self-destruct since we cannot live according to the law that man decides to invent. Instead, an unchanging law, God’s law is what made America free.

So, how far will we continue to revise…edit…and rewrite the truth behind our Nation? Will we go so far as to erase the documentation that our Founding Fathers dedicated their entire life towards?

Will you continue to believe the minimalistic ideas that our freedom is based on what man has done or what God has chosen to do? Let the truth be known, regardless of their beliefs and personal views, our Nation’s Founding Fathers chose God’s laws, God’s word, and God’s truth to establish a great nation in order for us to not only be free from captivity of the Crown, but freedom from destroying ourselves.

is an author and editor for The Bottom Line Ministries as well as a member of Faith Writers. Currently she teaches high school language arts. She is a mom to four amazing blessings and enjoys every moment life has to offer. Renee has a fervor and drive to learn, she loves to read and spend time with her family, and is involved with her local church ministries. Humbled by God’s gift of words, she has a passion to write what the Holy Spirit has placed in her heart. She hopes to publish her in-progress book someday, but in the meantime, is honored to be placed as part of the TBL writing family and is holding on to the ride wherever God is leading. Renee and her family reside in their country home in Holland, Iowa.
Previous Hispanic Voters are Key to Conservative Politicians
Next Have a Good Cry – It’s Healthy!