Breaking News
Home / Featured / Do You Have the Confidence of Job? 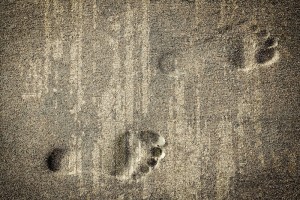 Do You Have the Confidence of Job?

“But He knows where I am and what I’ve done. He can cross-examine me all He wants, and I’ll pass the test with honors. I’ve followed Him closely, my feet in His Footsteps, not once swerving from His Way. I’ve obeyed every word He’s spoken and not just obeyed His advice—I’ve treasured it.” Job 23: 10-12

What must it feel like to say these words: to have them recorded in God’s Word? It seems impossible for any of us in our failures and short-comings to ever be able to say this about our relationship with God. So how could Job say it? He wasn’t  perfect any more than we are, so where did his confidence come from?

Job was a blessed man, the owner of 20,000 animals and many servants, not to mention the  father of ten children who also served God.  The Bible describes him as “blameless and upright,” the “greatest of all the men of the East.” He treasured God’s Word and walked closely with Him–in His Footsteps even.

Job lost almost everything he owned when Satan set his sights on him. If ever anyone was tempted to become angry and question God, Job was the candidate with a reason! He lost all of his children, all of his cattle and servants, and he ended up with a painful disease that caused boils to erupt all over his body.

Here are 3 things Job did right in his severe testing: he remained full of integrity towards his God, he did not sin with his lips (complain and question), and he accepted what God allowed in his life, trusting in Him through it all. Job was able to do this because he knew God. He spent time with Him and treasured what God said. He followed in his Master’s footsteps, obeying His Words, and he saw to it that his family did so as well.

In the end, Job passed the test before him–he loved and trusted God even when he was surrounded by destruction. God rewarded him with more children, new cattle, and a long life that included living to see four generations in his household. God is faithful to us even when we are faithless, but He will greatly reward the faithful servant. When we treasure His Words and follow His Footsteps, we too will pass our test with honors!

Have you read the Book of Job for yourself? Do you have the confidence of Job? How do you think you would respond to God if you were in Job’s sandals?

My husband Dan and I have three children and three grandchildren. We live in central Illinois. I am a graduate of The Institute of Children's Literature, a member of faithwriters.com, and a member of SCBWI. My writings have been published at chirstiandevotions.us, in DevotionMagazine, the PrairieWind Newsletter, and here at thebottomline.co.
Previous To the Lost and Longing
Next Only 2 Kinds of People