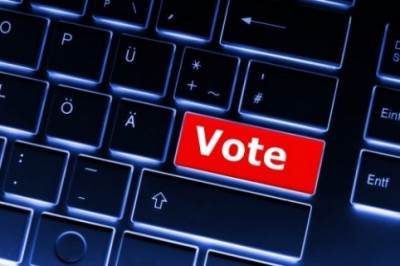 Romans 13:1-5” 1 Obey the government, for God is the one who put it there. All governments have been placed in power by God. 2 So those who refuse to obey the laws of the land are refusing to obey God, and punishment will follow. 3 For the authorities do not frighten people who are doing right, but they frighten those who do wrong. So do what they say, and you will get along well. 4 The authorities are sent by God to help you. But if you are doing something wrong, of course you should be afraid, for you will be punished. The authorities are established by God for that very purpose, to punish those who do wrong. 5 So you must obey the government for two reasons: to keep from being punished and to keep a clear conscience. We know that by the previous verses that God installs governments over nations. He set the current form of government ruling in the United States.

We are blessed in the United States with the privilege to vote for local leaders as well as national leaders. We vote for candidates who share the same political philosophies and biblical truths that we hold dear to our hearts. So this being said yes Christians should vote and elect candidates who are believers or who hold biblical world views. You add all the votes of every Christian who would vote in the elections held in this country and we would have a very significant voice in the political process.

We can make a difference if we as God’s children take responsibility to vote whenever elections come rolling around. Romans 13:5”So you must obey the government for two reasons: to keep from being punished and to keep a clear conscience.” This verse is exhorting us to keep our conscience clear by voting and obeying the leading of our government. Secondly, we vote for Godly leadership and God will pick up this nation and lead us out of evil; out of the destructive hold Satan has on this country. The government calls to every citizen in the United States to cast their vote on Election Day. More importantly God is saying to get out and vote for the laws that will bring his glory and presence back into mainstream politics. Vote for men and women running for office who will push through God’s agenda for this country and not the agenda of Satan or the world. Brothers and sisters in Christ get out there and vote for Jesus today.

Greg is a born again believer who testifies to the absolute transforming power of God's word. Greg has been called to full time ministry and He has known Jesus for most of his life. Greg received his degree in Pastoral Ministries from what was formerly Bethany University in Santa Cruz,California. View Greg blogs on iwriteforjesus.com. Greg has a book published on " To Jesus Christ the High Priest of my confession: A personal Testimony." find it on http://www.amazon.com/Christ-Priest-Confession-Personal-Testimony/dp/1507706847/ His testimony in short form is published in "Trials and Triumphs II" on http://www.amazon.com/Trials-Triumphs-II-FaithWriters/dp/1498416012/. This book is filled with 50 inspirational testimonies and is a project of Faith Writers.
Previous Liminal Space
Next Loyal Companion to Cross Center Stage