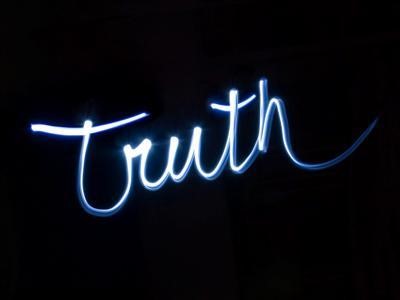 The Truth about Abortion

As a former counselor at a crisis pregnancy center, I would like to share with you some truths about abortion. If you are considering abortion or know someone who is, please take the time to learn all that you can about the risks and complications of having an abortion.

The first point that I would tell my clients who were considering an abortion is to know the facts about fetal development, such as the heartbeats at day 21 and DNA is formed at conception. DNA determines characteristics like hair and eye color and the sex of the baby.  At just 4 weeks, heart and blood vessels as well as lungs, stomach and the liver start to develop.By the 8th week, eyelids and ears are forming and the arms and legs are well developed.

I would recommend that if you are thinking about an abortion to have an ultrasound first. Having an ultrasound first can determine what developmental stage the fetus is in, and even if there is a viable pregnancy and not a tubal pregnancy. There have been reports of women who have had abortions performed that were not even pregnant.  It is important to be informed about the different types of abortion procedures. Each one has its own risks involved.

Abortions can be categorized into two main groups, medical and surgical.

Medical abortions: involve taking a pill such as the morning after pill/Plan B or the RU-486. The Plan B pill is taken 72 hours after unprotected sex, and the RU-486 is a later medical abortion that requires you to take several pills over the course of a few days.

Surgical abortions: are more evasive, and have more risks involved. Surgical instruments and anesthesia are used. The most common surgical abortion is performed at the 1st trimester and is commonly known as the vacuum aspiration procedure.

There are several types of surgical procedures depending on the number of weeks pregnant:

Even after the abortion procedure has been completed, it is not quite over. Many women suffer from PAS (post-abortion syndrome). This can include: anxiety, depression, intense guilt, substance and alcohol abuse, insomnia, and nightmares. In addition, a majority of women have difficulty afterwards with their relationship with God and forgiving themselves. If you have had an abortion, there is healing and forgiveness through Jesus Christ.

“For you created my inmost being; you knit me together in my mother’s womb. I praise you because I am fearfully and wonderfully made; your works are wonderful, I know that full well. My frame was not hidden from you when I was made in the secret place, when I was woven together in the depths of the earth. Your eyes saw my unformed body; all the days ordained for me were written in your book before them came to be.” Psalm 139:13-16

If you have had an abortion, would you share your experiences with our readers? Your testimony could help save a life!

To find a local crisis pregnancy center in your area contact: Care Net

Stephanie has a heart and passion to see broken lives restored and redeemed through Jesus Christ. She writes through her personal experiences and her educational and professional background. She has over 17 years experience in counseling, and has a Master's degree in Social Work, Bachelor's degree in Psychology, and is a Licensed Belief Therapist. Stephanie has been married for 16 years,and has one grown son. Stephanie's desire through her writings is to bring hope and encouragement to the body of Christ, that no matter what you have been though or going through, there is restoration and redemption through Jesus Christ.
@Stephrreck
Previous Someone Is Always Watching
Next Victory over Death