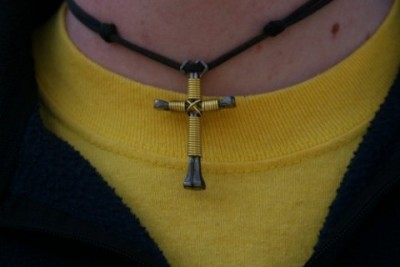 I overheard a comment in my classroom today that made my ears perk up and my face cringe. The teen was surfing through multiple tabs in her browser, which included her Pandora account. Turning to her classmate she made a comment about the station she was listening to a mix of Christian songs. “I gotta get my God fix for the day you know to be saved and all.” She stated in a mocking and sarcastic tone. The conversation continued about God not liking her other music choices, which all seems harmless except she calls herself a “Christian.”

Does the scenario sound familiar? How many teens today call themselves Christians or toss God around as if he is some dog to play fetch with when they feel like playing or looking good when in all reality, there are many skeletons in the closet they are hiding.

Think about those teens around you who claim to be a Christian, yet they post harsh or mean words on Facebook, Twitter, Tumblr, Instgram, and any other method of social media. Maybe they use scripture verses as their status, or as a retweet to conceal their behavior. Or, they wear a cross necklace so that everyone can see that they are a “Jesus Freak”, but the reality is the accessory is just a piece to draw attention. Their “good girl” or “godly boy” attitude is all a hoax. It’s fake. It’s nothing but show and no tell.

Is this you? Do you go to church on Sunday and praise his name while everyone is looking so you can establish an image and then on Monday you falsify your identity and use and abuse God and his holy name? Why? For what purpose? To glorify yourself? That’s not why you were created.

I understand that living life as a Christian teen is not easy. Maybe you are ridiculed for your beliefs. Hmmm, this sounds familiar….”And after twisting together a crown of thorns, they put it on His head, and a reed in His right hand; and they knelt down before Him and mocked Him, saying, ‘Hail, King of the Jews!’ “ (Matthew 27:29). Maybe you are embarrassed about what people will and do say about you. “Then he began to curse and swear, saying, ‘I do not know this Man!’ Immediately a rooster crowed. And Peter remembered the words of Jesus who had said to him,’ Before the rooster crows, you will deny Me three times.’”…(Matthew 26:74-75). See the pattern?

God is worth more than being a Facebook friend. Either you are all in or you’re not. He does not like lukewarm. Remember what he told the Laodiceans? “…because you are lukewarm, and neither cold nor hot, I will vomit you out of My mouth.” (Revelation 3:16). Great visual, right?

I know you have fears of being a teen in the sea of ridicule that surrounds you, but know this. God has called you to a greater purpose; to be the salt and light of this world. He knows the trials you have and will face. He paid the price for you. Is he not worthy of the sacrifice? So, what will you chose to be for Christ: hot or cold?

is an author and editor for The Bottom Line Ministries as well as a member of Faith Writers. Currently she teaches high school language arts. She is a mom to four amazing blessings and enjoys every moment life has to offer. Renee has a fervor and drive to learn, she loves to read and spend time with her family, and is involved with her local church ministries. Humbled by God’s gift of words, she has a passion to write what the Holy Spirit has placed in her heart. She hopes to publish her in-progress book someday, but in the meantime, is honored to be placed as part of the TBL writing family and is holding on to the ride wherever God is leading. Renee and her family reside in their country home in Holland, Iowa.
Previous Respecting God
Next Paying It Forward