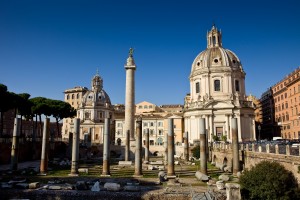 What Role Should Women Play in Church Leadership?

Recently, a key appointment and consecration in England enflamed the centuries-long argument regarding the position of women within church leadership.  This delicate topic has faithful supporters on both sides. The godly and correct answer will not be realized within this TBL news article.  However, it is worth review and discussion.

Regardless, Rev. Lane’s ceremony was marked with much controversy, and a public disturbance from a British (male) Anglican priest.  This specific church has been battling the topic of women in leadership for many decades.  As the women’s movement has taken full shape over the past 45 years, clamoring for equal participation within all churches has been evident.

Most people are aware that the Roman Catholic Church does not allow women priests or bishops, however, you might not know that even the RCC has been dealing with this question internally for the past several years.  There is a group of RC nuns who have gotten into some trouble with Rome for openly questioning the centuries-old Roman policy.  Many people thought that Pope Francis would open the door to women priests, but even the fairly liberal leader has stated that the Catholic doctrine on the matter is simple and he has no desire to change it.

Some Lutheran churches/denominations do allow for women bishops, while some do not.  Currently the Southern Baptist Convention does not allow women to be pastors.

In a progressive society like the United States, which has undergone the women’s suffrage movement as well as the equality platform of the 1970’s, it is difficult to consider that perhaps God is not as “progressive” as we might think.  It is unclear, but we do know that God’s Word does not change, though society and our perceptions have changed over time.

“As in all the congregations of the saints, women should remain silent in the churches. They are not allowed to speak, but must be in submission, as the Law says. If they want to inquire about something, they should ask their own husbands at home; for it is disgraceful for a woman to speak in the church.”
(1 Corinthians 14:33-35, NIV)

“A woman should learn in quietness and full submission. I do not permit a woman to teach or to have authority over a man; she must be silent.” (1 Timothy 2:11-12, NIV)

These two verses are often cited by those who deny the right of a woman to be bishop (or other high leadership role).  The same persons make mention that Jesus selected 12 men to serve Him as His apostles.  However, as is the case with many subjects in the Bible, one can select other verses (and stories) which would seem to offer the contradicting opinion.

This hotly contested debate is not going to end any time soon.  Who is right, and who is wrong?  What is truly Biblical?  What do you think of Bishop Lane?  Is she someone that British girls should look up to and trying to emulate?  Undoubtedly she is a strong Christian, and a natural leader.  Can we all at least admire her for that?

Ken Lambert, D.Min, lives with his wife and twin boys in southern New Hampshire, and has written for a variety of religious and secular publications. He is co-author of Top Ten Most Influential Christians- since the Apostles, and is an adjunct instructor for Agape Seminary (Church History, Wisdom Books).
Previous 4 Ways to Quit Smoking for Good
Next Two Dogs With A Mind Of Their Own