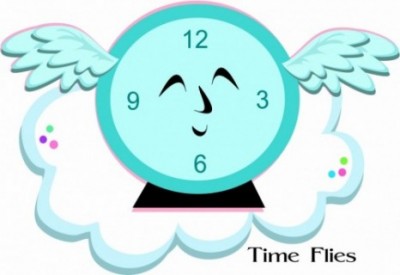 Procrastination — “I’ll Think About That Tomorrow”

Wash the windows? Maybe next week. Take the watch to the jeweler for repair? Later. A kitchen renovation? Forget it — too many decisions. We’ve all occasionally postponed a dreaded chore or task. But if it’s the rule instead of the exception, can it be problematic or lead to health issues?

Procrastinators can be prone to higher stress levels, decreased well-being, lower school grades, less successful careers, and a greater risk of illness. Procrastination eats away at one of our most valuable and limited resources: our time.

Common personality traits: Perfectionism, self-deception, low self-esteem, depression, anxiety, fear of competition, and worry that others will judge their abilities. (If they never complete a task, they can’t be judged.)

Researchers describe various types of procrastination. Among them are:

Behavioral Procrastination: A form of self-sabotage allowing one to shift blame and avoid action (i.e., a student blames his poor test grade on his procrastination). Joseph Ferrari, professor of psychology at DePaul University in Chicago, says these people would rather create the impression that they lacked effort instead of lacking ability.

Decisional Procrastination: A means of postponing a decision involving conflicts or choices. They tend to be perfectionists and want to avoid making errors. Dr. Ferrari notes that they may seek an over-abundance of information and still be unable to make a decision. They may create so many choices that they are unable to choose for fear of selecting one that is less than perfect.

In the Journal of Behavioral Medicine, June 2015, a study by F.M. Sirois looked at links between procrastination traits and hypertension/cardiovascular disease (HT/CVD). In looking at healthy individuals and those with HT/CVD, they found that higher procrastination scores were associated with HT/CVD. (PubMed)

3) “Don’t bail them out,” says Ferrari. This allows them to experience the consequences of their actions. If they know someone will always be there to do it for them, it enables them to continue to procrastinate.

4) Self-forgiveness. A research team led by Michael Wohl reported that students who forgave themselves after procrastinating in studying for their first exam were less likely to delay studying for the second one.

Whether procrastination is a gap between intention and action, a lack of time management skills, an inability to control moods and emotions, or a complex combination of these and other problems, we should strive to never delay in our obedience to the Lord.

Are you a procrastinator? What has worked for you in overcoming this tendency? Please feel free to share your successful tips with others!

Denise is a Registered Nurse, married, and has lived in Alabama all of her life. She has been a Christian for more than 40 years and has studied Prophecy for over 25 years. She writes devotionals for Faithwriters (www.faithwriters.com). She also writes for TGGmag ('Tween Girls and God online magazine for girls age 9-12). She desires to share Christ with others through her writing and is looking forward to the soon return of our Lord Jesus Christ.
Previous Everything But The Matches
Next He Knows Your Name