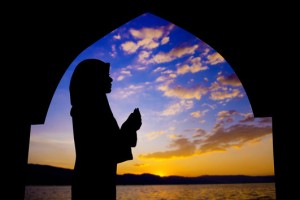 Our Hope: For Such A Time As This

King Ahasuerus banished his queen, Vashti, from his presence because of her of blatant disobedience.  After this had been accomplished, he was encouraged to seek a new queen, one who would not only please and bring honor to him, but to his kingdom as well.  She would set the example of a wife who would honor her husband, and he would be seen as the ruler of his household.  Soon, the search for a new queen was on.

Esther was a young, Jewish maiden who lived with her uncle, Mordecai.  Her mother and father had died, and he had taken her into his household and raised her as his own.  She was well-known for her gentleness and her beauty.

When the king’s command came–that all young maidens were to be brought to the palace and prepared for the search for a new queen, Esther was among them.  She earned the favor of those in charge because of her demeanor and her obedience.  She was treated with great respect, and was even given seven maidservants from the king’s palace, to tend to her needs.  She pleased the king, and was chosen to be his queen.

Mordecai heard of a plot, a plot against the Jewish people, which was being planned in the king’s palace without his knowledge.  A man named Haman was the king’s right hand man, with high favor for advising the king, and he had been set above all other princes and members of the king’s court.

But Haman was evil, and he hated Mordecai, because Mordecai refused to bow before him, as others did.  So he hatched his plot, convincing the king that there were Jews in the kingdom who did not follow the king’s laws, but their own.  He told King Ahasuerus things to make him believe they were a threat to him.  The king believed Haman, and wrote out a decree giving him permission to destroy them.  What the king did not know was that Haman’s plan was to kill all the Jews in the kingdom, to totally eradicate them, including Mordecai and Queen Esther.  The king did not know that Esther was a Jew.

In those days, queens could not go to their husbands, the kings, without being summoned.  Mordecai sent Esther a message of what was to come. At first, she backed off out of fear, because her husband the king did not know that she was a Jew.  But Mordecai reminded her of the position she held, and that she could save the Jewish people.  She then commanded him and his Jewish friends to fast and pray for three days, as she and her maidservants would do.

Finally, Esther went to the king, despite her fear.  She trusted the LORD to protect her, and to come to the defense of the Jewish people.  She was able to reveal the sinister plot of Haman to her husband, who had Haman and his ten sons hanged.  Mordecai was elevated to his position, second only to King Ahasuerus.  And the Jewish people were saved.  Esther, who could easily have been slain by her husband for that reason alone, continued to be favored, respected and admired by her husband, the king.  She believed, and she saved a nation.

Jesus is Our Hope. He was sent by God to earth to teach us the very things Queen Esther experienced.  We must stand on His promises, and believe He will do what He has said He will do.  Esther had a purpose, and that purpose not only had an impact on that day and time, but on this day and time as well.  To stand is to win, and to win is to honor God.

Have you ever had to stand in the face of something that you knew may cause you pain or loss?  If so, how did you respond to that situation?

Lili lives in central North Carolina. She writes devotionals and Christian articles and has been published in e-magazines, newsletters, and articles. She is a member of Faithwriters.com. She and her husband Chuck love to travel, and are animal lovers as well. They are active in their local church. Lili credits God for any inspiration that allows her to write. It's all about Him!
@@ohiolili
Previous Chosen by God
Next Kindness and Humility