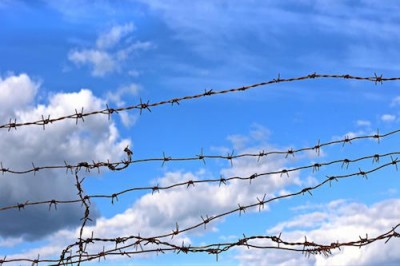 What is the Responsible Love Christ Requires?

I look at the refugee crisis going on in the Western World and the response from Christians has me asking the question: Are we children of God or are we “free love flower children”?

Have we become so drunk on the idea of doing good works so that we do not take into consideration the consequences of our actions? That is what flower children do–whatever makes them feel good. Christians are called to a higher standard.

Jesus tells us to love our neighbor as ourselves; the 60s free love mentality says to simply love one’s neighbor, and the difference is huge.

Love is one of the fruits of the Spirit (Galatians 5:22-24) and is described in 1 Corinthians 13, the love chapter. Paul says love is patient (another fruit of the spirit) as well as kind. Let’s take a closer look at patience.

Patience is not simply being able to wait without complaint, it is about taking time to think things through and examine the pros and cons of an action and it is looking at the impact of things in the long term not the immediate situation.

We in the west, have not been looking at the long term consequences of our actions and we really should be, because things are not looking good.

Consider the most charitable nation regarding the refugee crisis, Germany, and their wide, open door policy. Germans over the past few decades have stopped reproducing at replacement levels, and to keep the work force going has been bringing in massive numbers of immigrants. Add to this the 3,000,000 refugees Angela Merkel wants to bring in and ask yourself this: How long before Germany is no longer German? But more importantly, with all of these Muslims coming in, how much longer will Christianity be an influence in Germany?

Churches in Germany, in an effort to show how much they love, are tearing down crosses and letting Muslims sleep in their churches. Not only are they inviting in non-Christians (nothing wrong with that), but they are not telling them the Good News; they are, in actuality, denying their faith–all in an effort to not offend. The Holy Spirit that lives within all Christians is a missionary Spirit. At the forgiveness of sins, the first thig we want to do is share the Good News, and we are not doing that–all in the name of political correctness.

Consider further that the policies for dealing with the refugees are created by secular governments that are morally bankrupt. The government philosophies on running a society are either socialist or heavily influenced by socialist thought, which is derived from the philosophy of Karl Marx, which went on to be the ideology of the communist regimes, which then went on to murder over 100 million people. Can a government influenced by ideas that have brought so much death and misery to the world be trusted to make wise choices that are in the best interest of the people?

To love one’s neighbor without thinking is to invite bad things to happen. In Germany, the government and police forces are actively covering up crimes committed by refugees. Mass rapes are being committed and just like the British government covered up the Rotherham abuses, the German (and other European) governments are ignoring the situation–all in the name of being tolerant and not causing offense.

We, being self-centered creatures, want the best for ourselves, so to love one’s neighbor as oneself is to want the best for them. Ask yourself: Is it in your best interest to invite someone you know to be a dangerous, violent, misogynistic, rapist and potential killer into your home? Is putting your family in danger all in the name of helping this individual who is down on his luck really the loving thing to do? Or is it a self-destructive, feel-good thing to do? Isn’t there a better way to help this peson?

1 Timothy 5:8 “But if anyone does not provide for his relatives, and especially for members of his household, he has denied the faith and is worse than an unbeliever.”

My city is currently waiting for 2000 refugees, and coincidently a census just done shows that there are around 2000 homeless on our streets. The city and various charity groups, including some churches are in a huge rush to find clothing and shelter for them, yet there has never been any such rush to do the same for our homeless, not even during the worst winters Canada can produce. Is ignoring one’s own in favor of strangers the responsible thing to do?

Christians really need to think through their response to the refugee crisis and ask themselves if they are doing something about it because they want to share the Gospel (just as faith without works is dead, works without faith is just as dead), or because they are jumping on the feel-good bandwagon?

And if you are loving your neighbor as yourself, why are you ignoring your immediate neighbor in favor of strangers who bring with them danger and false religion?

Jonathan Kotyk is a student, self taught philosopher, recovering addict and born again Christian. He has spent time on both the far Left and Far Right side of the political spectrum and lives in Canada.
Previous The Life Changing “Ah-Ha” Moment
Next Accepting God’s Grace Means Receiving His Power