Breaking News
Home / Teens / Christian Teens and Yoga: Are You Worshiping Other Gods? 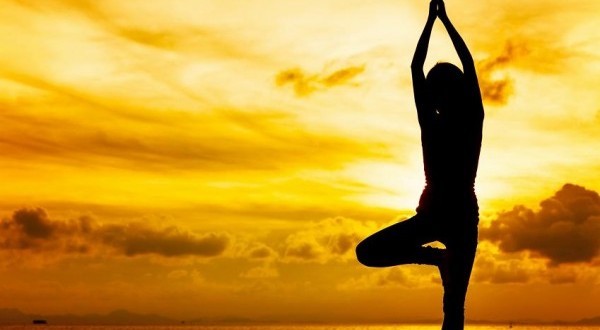 Christian Teens and Yoga: Are You Worshiping Other Gods?

A teen’s testimony of how she was freed from an unhealthy need for approval was the feature story of a missions newsletter I received. The irony was that the accompanying photo of this young missionary showed her in a yoga pose.

It is a grave concern how many young people in the church, even those pursuing Christ’s call in overseas missions, are involved in yoga. All ages are participating, but it is increasingly being introduced in the schools and even child care facilities. Often, when it is gently pointed out that yoga is nothing less than a Hindu worship service, with every pose a posture to a different demon, there is resistance, usually involving an argument for how yoga and Christianity can be blended. Somehow, we think in the West, God will overlook this particular idolatry. But Paul said:

At a conference I attended this week, a bishop from India talked of his country’s new government. This new government promised change, and since they came to power nearly two years ago, India has seen it. Every day churches are being burned in India. Persecution is at an all-time high. The Premier of India has released a statement that by 2020, India will be a Hindu nation. But it doesn’t end there: the new government wants the entire world to become Hindu as well. What steps are they taking to implement this? Yoga.

June 21 was International Day of Yoga, recognized, approved, and adopted by the United Nations. For the record, Yoga was originally brought to the United States by a Hindu missionary and introduced at the World’s Fair in 1893.

The Christian Bishop from India reporting on his country’s zeal to promote Hinduism through yoga underscored this remark, “There is no such thing as ‘Christian Yoga.’ The two are incompatible.”

Young people who are followers of Christ, have you counted the cost? Jesus said that we cannot serve two masters. Eventually, we will come to hate one and love the other.  If you are “addicted to yoga,” which is a common phrase I hear, please recognize, repent, and renounce your occult involvement. If you find that this “exercise” has a supernatural hold on you, consider talking to a pastor whom you trust to pray over you.

Have you participated in yoga or do you know of a loved one who is unknowingly involved in this practice? Are you willing for their sake and for that of the Kingdom of Heaven to tell them the risk their involvement might have to their faith?

Emily Tomko's radical encounter with the Lord while at a nightclub changed her life forever and inspired her first novel, College Bound: A Pursuit of Freedom. She is the author of seven books, including 31 Thoughts on Prophecy and Leaving the Shallows: igniting the faith that overcomes the world. Her tastes tend toward vintage and she's a Germanophile, having spent a year in Bremen and Nuremberg. Emily loves the scriptures and writes with fierce compassion and a deep desire to see people freed from the miry clay of this world and walking in the truth.
Previous “Mind Your Own Business!”
Next Camping: An Excellent Way to Experience God Personally