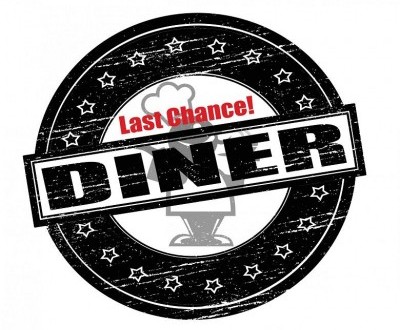 You might be the one person God will use to intervene in someone's eternal destination.

You May Be Their Only Link to Heaven

That snooty girl at youth group. The arrogant professor who openly disdains Christians. Your passive-aggressive coworker. The world has no shortage of people that can make daily living painful. And it doesn’t end when you graduate high school or college. Selfishness abounds, and so difficult people are plentiful.

I was at a local restaurant recently where we know the owners. Even though they’re friendly enough, they both have an air about them of self-importance. In the past, the man has sometimes appeared to be high on an illegal substance. As we were leaving, I felt annoyed by them and secretly promised myself I would never come to their establishment again. As I did, I sensed the Holy Spirit cutting into my thoughts: “You and your husband are the only Spirit-filled Christians in their immediate circle. What if you are the only ones who will intercede and speak life into them when you come into their restaurant?”

So deep was the conviction in my heart that I wept. I repented of an attitude of selfishness on my part, and of being so richly blessed that I could even afford to go out to a nice restaurant, yet not living with eternity in mind. I began to pray for the couple, and as I did, the Spirit gave me very specific prayers to offer up on their behalf.

The incident reminded me of Namaan and the little slave girl:

Now Naaman, captain of the army of the king of Aram, was a great man with his master, and highly respected, because by him the Lord had given victory to Aram. The man was also a valiant warrior, but he was a leper. Now the Arameans had gone out in bands and had taken captive a little girl from the land of Israel; and she waited on Naaman’s wife. She said to her mistress, “I wish that my master were with the prophet who is in Samaria! Then he would cure him of his leprosy.”

This little girl had every reason to hate and fear Namaan and his family. Instead, she became his destiny partner, which is a term used to signify someone who allows him or herself to be strategically used by God to bring another into the Kingdom of Heaven. Not only did Namaan get healed of his debilitating disease, so fervent was his allegiance to the God of Israel that Scripture says he asked Elisha to allow him to bring two mule loads worth of earth back with him to Syria, for Namaan would only build an altar on ground consecrated to the Lord (2 Kings 5:17).

Oh, that we would become so mindful of the eternal destination and despair of the lost that we would mourn our own hardness of heart before we would theirs!

Who is God laying on your heart right now?

Emily Tomko's radical encounter with the Lord while at a nightclub changed her life forever and inspired her first novel, College Bound: A Pursuit of Freedom. She is the author of seven books, including 31 Thoughts on Prophecy and Leaving the Shallows: igniting the faith that overcomes the world. Her tastes tend toward vintage and she's a Germanophile, having spent a year in Bremen and Nuremberg. Emily loves the scriptures and writes with fierce compassion and a deep desire to see people freed from the miry clay of this world and walking in the truth.
Previous Can We Please Kill Super Mom?
Next Fight Poverty and Plant Hope in Your Community