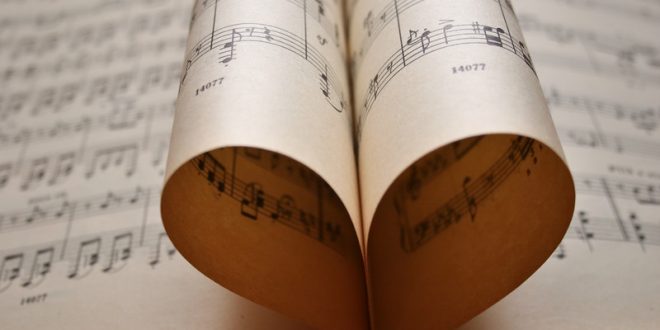 Ollie would never know her own mother, she was just one year old at the time of her death. As a young teen, she was sent along with her sister, Sarah, from their rural Virginia home to Berea College in Kentucky, to attend school. The sisters worked for their education doing kitchen duty among other acts of service.

Ollie would later become a nurse in an Ohio hospital, where she met her future husband, a recovering Tuberculosis victim who had served in the Navy during World War I. The couple married in 1927 and soon had two sons. The younger, Jimmy, would pass away at the tender age of two. The older son, Robert, would serve in the Korean War, leaving Ollie to consider losing her only remaining child.

Her life was much like that of other early 20th century women. Hardships were a part of everyday life and a strong faith in God was held close to the heart. Church was a place of comfort not only because one was surrounded by caring friends, but because singing praise to God lifted a heavy spirit. And Ollie had an angel’s voice. When she sang along each Sunday morning, people sitting in pews nearer the front of the church would turn and look. Her voice was that lovely.

God loves to hear us sing to Him. His focus is not on how beautifully we song, or don’t, but it is on the sincerity of faith with which we sing prayers in song to Him. Perhaps the more we are struggling with when we worship, the more beautiful the music to Him.

Paul and Silas knew that there was power in singing hymns of praise to God, power that could unchain prison doors:

After they had been severely flogged, they were thrown into prison, and the jailer was commanded to guard them carefully.  When he received these orders, he put them in the inner cell and fastened their feet in the stocks. About midnight Paul and Silas were praying and singing hymns to God, and the other prisoners were listening to them. Suddenly there was such a violent earthquake that the foundations of the prison were shaken. At once all the prison doors flew open, and everyone’s chains came loose.   Acts 16: 23-26

The hymns of old still bring comfort and peace, courage and resolve to those who offer them in praise to God. When Paul sang hymns during his imprisonment, freedom was his. No matter the type of chains we are held by today, praise and worship to the God of our salvation will help set us free too. Although we will still face trial and persecution, we will have joy as our strength.

My husband Dan and I have three children and three grandchildren. We live in central Illinois. I am a graduate of The Institute of Children's Literature, a member of faithwriters.com, and a member of SCBWI. My writings have been published at chirstiandevotions.us, in DevotionMagazine, the PrairieWind Newsletter, and here at thebottomline.co.
Previous Milk and Honey, or Slavery?
Next Grace…the Power Not To!