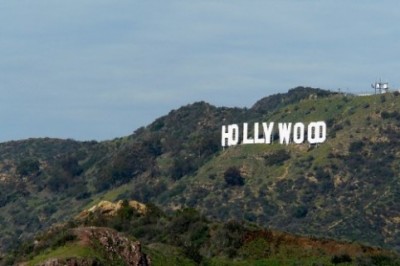 2014 Faith-Based Films: A Year in Review

In 2014, faith-based films took to mainstream audiences like never before. From the controversial depiction of Paramount’s Noah to Mark Burnett and Roma Downey’s film Son of God, Hollywood has seen its fair share of biblical films hit the box office this year.

So does Hollywood plan to promote Christian values on the silver screen in the coming year? Or was 2014 a fluke for the Christian film industry and believers across the nation?

Well, given this year’s box office success, there may be more biblical plot lines to come—and there’s certainly enough juicy content to choose from.

According to Box Office Mojo, four of this year’s faith-based films raked in more than $50 million each in ticket sales. Those films—Noah, Heaven Is For Real, Son of God and God’s Not Dead—are also among the top 20 grossing films of 2014.

Son of God, an adaption of the 10-hour TV mini-series, was the first Christian film to debut this year, grossing over $67 million. Right behind it was God’s Not Dead, released by Pure Flix Entertainment on March 21. The story followed a college student who goes up against his philosophy professor to prove that God exists. The movie, though receiving lackluster reviews from critics, was well received by moviegoers, earning $8.6 million in the first few days, making it “The biggest surprise of the weekend,” according to Entertainment Weekly’s Adam Markovitz.

Also among this year’s hits was Darren Aronofsky’s highly disputed retelling of the story of Noah. The biblically-inspired epic, starring several Hollywood stars, including Russell Crowe, grossed over $362 million worldwide, but hit a nerve with many believers. Although there was reference throughout the movie to a “creator,” there was no mention of God. Add rock creatures, stowaways and a deranged, murderous main character, and you have all the ingredients for a Hollywood epic—not a biblically-based retelling. Whether you were thrilled Hollywood was talking about a Bible story they weren’t previously familiar with or were appalled at the creative license taken by producers, the movie did live up to what Aronofsky called “the least-biblical biblical film ever made.”

In April, the much-anticipated Heaven Is For Real released, grossing more than $100 million over the first four months, followed by Persecuted, Holy Ghost, The Identical, The Remaining, Believe Me, The Song, Left Behind starring Nicholas Cage, A Matter of Faith, and most recently, Exodus: Gods and Kings starring Christian Bale.

In a market that thrives off the almighty dollar sign, what has made biblical movies more appealing—and marketable—in 2014?

Shawn Robbins, an analyst at boxoffice.com, was quoted in an article by The Guardian, saying, “Hollywood has been caught napping.” He went on to say that, “Thirty years ago you had network television, trying to appeal to everyone. Now you can reach a niche audience with much greater ease. They have these grassroots marketing campaigns for faith-based movies that start with churchgoers who are looking for something they’re not getting from the movie theatre. And the better they do, the more attention they’re getting from the studios.”

Robbins continued, saying, “Like any good trend, there’s a danger of moving too fast. If they do move too fast they’re going to destroy whatever goodwill they’ve built up so far. It’s just like anything else, there’s a sweet spot to it. Mel Gibson made The Passion of the Christ independently but pulled off the perfect marriage of a film that looked and felt like a Hollywood movie but wasn’t. If Hollywood gets too involved the target audience will disperse pretty quick.”

According to preliminary lineups for 2015, the trend of biblical epics and faith-based films is expected to continue into the New Year. Relevant Magazine reports that Will Smith may be taking on the story of Cain and Abel—with a vampire twist—in The Redemption of Cain. Mary is scheduled to release sometime in early 2015 and is being hailed as the prequel to the box-office hit Passion of the Christ. And rumor has it that Brad Pitt will be taking on the roll of Pontius Pilot. In addition, husband-wife team Burnett and Downey will continue to be bringing faith-based films to theaters with their release of Little Boy on February 27 and a new NBC television series called A.D. set to reach homes on Easter Sunday.

This year certainly shaped up to be the Year of Faith-Based Films, and it appears that Tinsel Town will continue to reach out to hungry Christian—and non-Christian—audiences with biblically based stories in the months to come.

is a freelance writer and contract copywriter who lives in the seacoast region of New Hampshire with her husband, Eric-Thomas,of five years. She currently serves alongside her mother as the Marketing Director for God’s Girls Christian Store and More, a online retail store serving the southern New England region. Her work has been featured in several print and online publications, and she is the recipient of two Faithwriters’ Editors Choice Awards for her short stories, which are scheduled for publication in the Mixed Blessings series. Her first book, Fragile: 30 Days of Hope for the Anxious Heart, is now available at samanthaarroyo.com. She can be reached at [email protected].
Previous God, Too, Delights In Precious Memories
Next 10 Ways to Keep Christ in Christmas